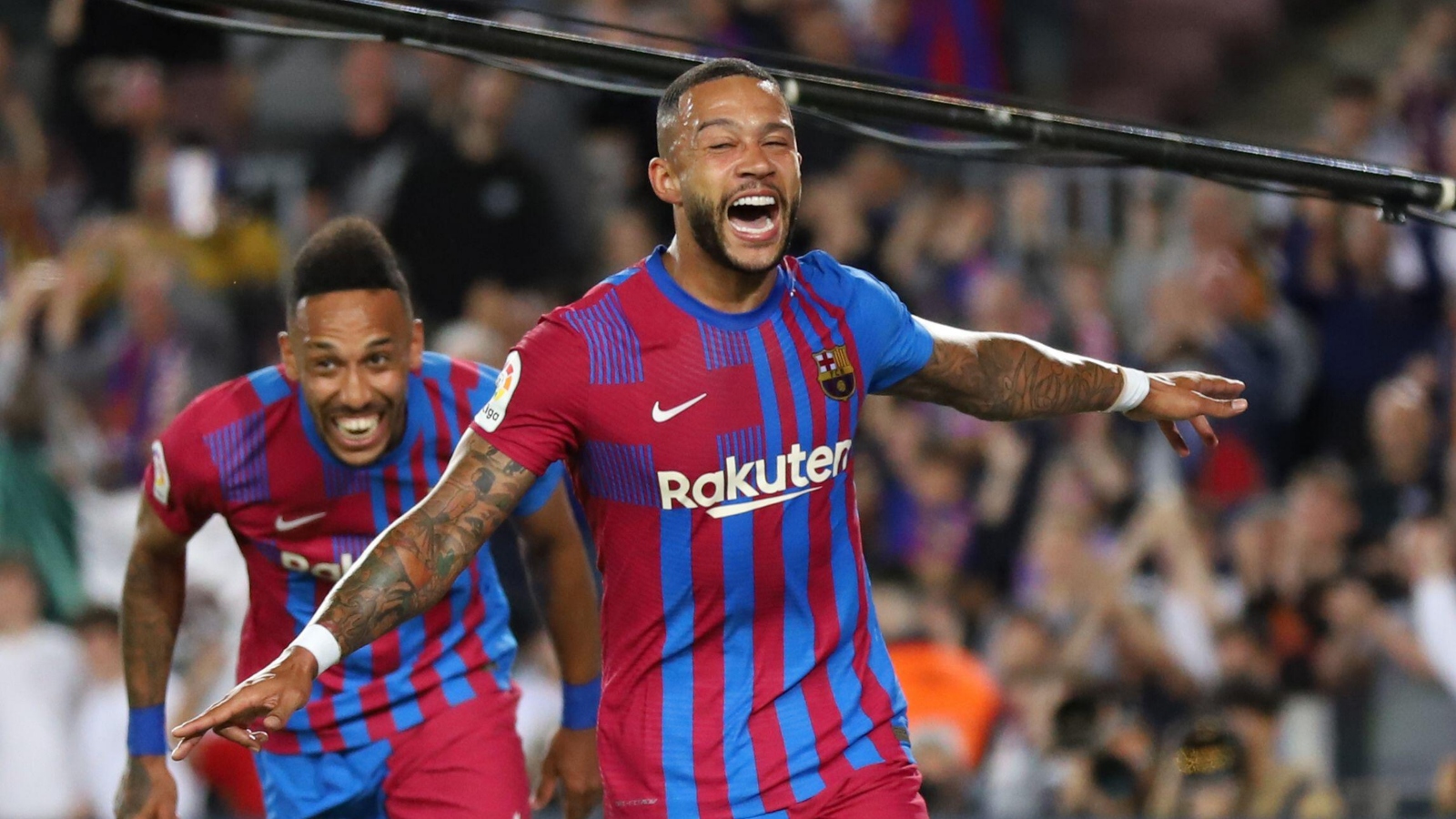 The former Manchester United forward is said to have been brought up in dicussions over Spurs’ deal for Clement Lenglet.

READ MORE: The last few years have seen a revolution in women’s football and it’s about to get louder

Lenglet has joined Antonio Conte’s side in a season-long loan, which includes a purchase option of just over €10m.

And Sport (via Sport Witness) claim that Spurs ‘asked’ about Depay in those talks, with their interest in the 28-year-old ‘going back several months’.

The news comes after it was reported over the weekend that a ‘low ranked’ club in England have put an offer on the table for Depay.

Sport claim that the Catalans are willing to sell the Netherlands international if they receive €20m for him.

Depay is said to be aware of this and has told his representatives to seek a new club for him this summer.

The forward’s preference has been to stay at Barcelona, but given they see him as surplus to requirements, he would accept a move to a ‘good level Champions League club’, meaning Spurs are indeed a potential suitor.

Meanwhile, Tottenham have agreed to sell Dutch winger Steven Bergwijn to Ajax for €30million, according to reports.

Bergwijn hit the ground running in north London, scoring on his debut against Manchester City as his side won 2-0.

The 24-year-old has struggled for consistent game time during his Tottenham career and recently expressed his desire to leaveafter a difficult 2021/22 campaign.

After the Netherlands’ victory against Belgium last month, Bergwijn said: “I just need to go play. I want to leave Spurs now, that’s for sure.