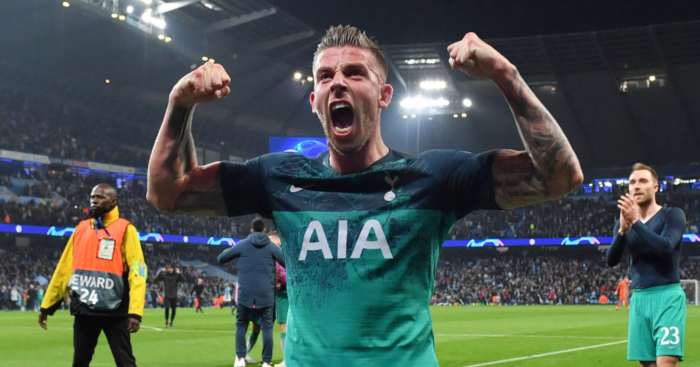 Tottenham have handed “indefinite” bans to three supporters who tried to sell their Champions League final tickets on a secondary ticketing platform.

Spurs have been allocated 16,613 tickets for the June 1 showpiece against Liverpool at Atletico Madrid’s 64,000-seater Wanda Metropolitano stadium, meaning many fans will miss out.

Three season-ticket holders who were successful listed them on a resale site but have been caught out, with Spurs urging other fans not to “ruin one of the biggest occasions in the club’s history”.

A statement from Spurs read: “The club has this week issued indefinite bans to three season-ticket holders who have listed their UEFA Champions League final tickets for sale on a secondary ticketing platform.

“Once again, we wish to remind all our supporters that any ticket purchased is for the sole use of the individual that purchases it from the club.

“Transferring or selling tickets on unofficially breaches our terms and conditions and is against the law.

“We shall look to take the strongest possible action against anyone found to be engaging in such activity – including indefinite season-ticket bans.

“Additionally, if we are made aware of tickets being sold on by supporters after collection we will cancel the original match tickets with UEFA and the Wanda Metropolitano stadium in Madrid, meaning these tickets will no longer be valid for entry to the stadium.

“Please do not ruin one of the biggest occasions in the club’s history by selling on your ticket and profiteering from fellow Spurs fans.

“As always, we also strongly advise fans against purchasing tickets from unofficial sources. These tickets could be invalid or counterfeit.”

Liverpool have also pledged to fully investigate after identifying five supporters who have listed their final tickets for sale on secondary ticketing platforms.

The club warned last week, when one re-sale site was listing tickets ranging from £2,800 to £35,000, supporters could be indefinitely banned from Anfield if found guilty of such an offence.

“For those of you that have asked, as per our advisory of 19th May, we have, and will continue to, investigate all tickets that are being offered for sale on the secondary market,” chief executive Peter Moore wrote on Twitter.

With so many fans of each club set to miss out, Tottenham Hotspur Supporters’ Trust last week issued a joint statement with Liverpool fan group Spirit of Shankly imploring sponsors of the competition to give up tickets.

It read: “We ask Nissan, PlayStation, Gazprom, PepsiCo, Banco Santander, Mastercard, Heineken and Expedia Group to help redress the balance in the current unfair allocation that sees fans of the competing clubs receive less than 25 per cent of the available tickets.

“As major sponsors of the UEFA Champions League, we know these companies appreciate the passion and dedication of the fans who follow their teams and make every game such a spectacle.

“But many of those fans who have followed their team and contributed to the competition throughout this season will miss out on the biggest game of all. As will thousands more loyal supporters.”