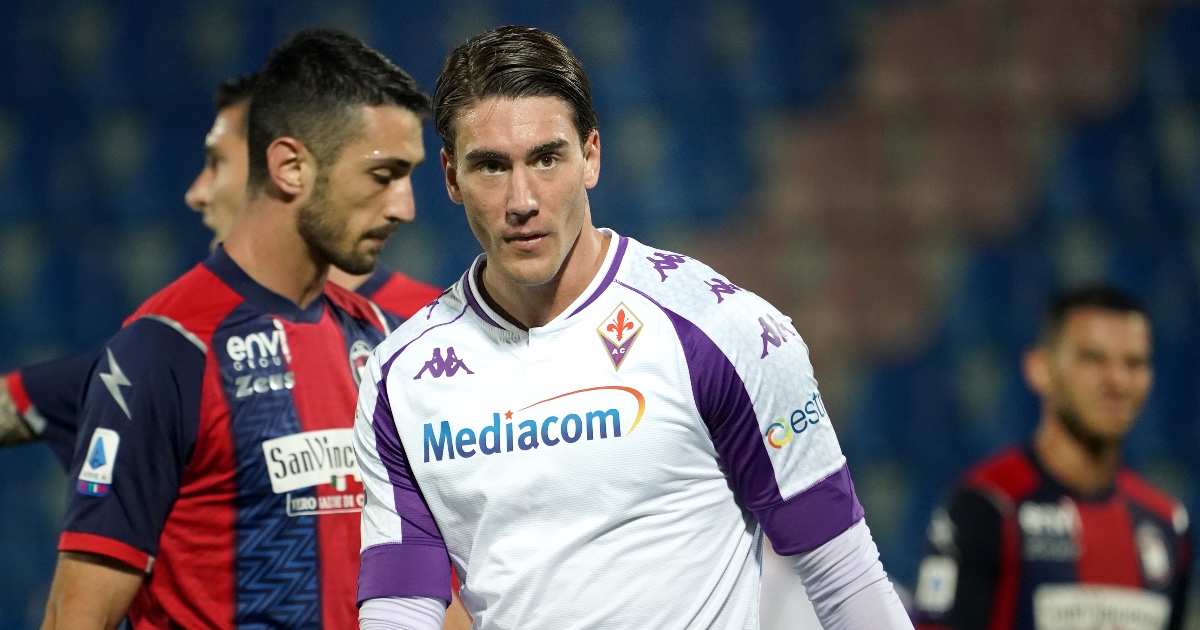 Spurs have entered talks with Fiorentina over the signing of Serbian striker Dusan Vlahovic, according to reports.

The 21-year-old was in great form during the recent campaign as he bagged 21 goals in 37 Serie A appearances.

His stats make him a great replacement for talisman Harry Kane, should the England international join Manchester City this summer.

According to football.london, Spurs will turn their attention to their first summer signing after appointing Nuno Espirito Santo as manager.

Nuno, along with director of football Fabio Paratici, will now work towards bringing Vlahovic to north London.

Spurs are already in discussions with the Italian side over a move, which would cost around £36million.

Vlahovic finished 13th with Fiorentina in 2020/21 and will therefore be looking to make the next step in his career.

The striker has recently received praise from former City man Stefan Jovetic, amid rumours of a Juventus move.

He said: “I am not surprised a top club like Juventus wants Vlahovic, he has pace, strength and an eye for the goal.

“He will be the best striker of the next few years with Erling Haaland. So potentially, he is ready for Juventus.”

Vlahovic came through Partizan Belgrade’s academy setup in his native Serbia. He had only featured 27 times for the club before being snapped up by Fiorentina as a teenager.

Since then, he’s gone from strength to strength in Italy.

He scored eight goals in his breakout Serie A campaign and has now become a top striker in the league.

Spurs are monitoring other players too, should their move for Vlahovic fail.

The’ve been linked with City forward Gabriel Jesus. The Brazil international, 24, could be involved in a summer swap deal for Kane.

A permanent deal for loanee Carlos Vinicius was also on the cards when he joined from Benfica in October last year.

But a return of just one goal in nine Premier League matches has reduced the chances of a transfer.

Spurs are also rumoured to be interested in Napoli star Lorenzo Insigne. Although he’s not a known centre-forward, the Italy man has a good goalscoring record with 19 strikes during the 2020/21 campaign.

Signing Insigne could help Spurs to recover from the huge loss of Kane.