Home All The News Tottenham bizarrely send Lamela back to Roma 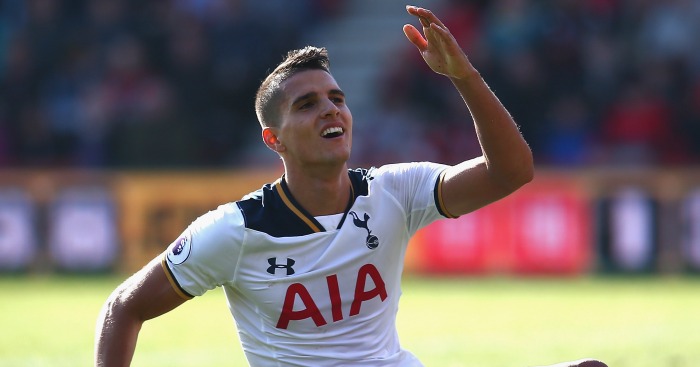 Erik Lamela is frustrated at being Tottenham’s only injured player and has returned to former club AS Roma to undergo treatment, according to manager Mauricio Pochettino.

Lamela is struggling to shake off a troublesome hip problem and has not played for Spurs since their 2-1 EFL Cup defeat to Liverpool on October 25.

The 24-year-old’s recovery was then delayed in December by a family issue, which meant he spent one week in Argentina visiting his brother in hospital.

Lamela has since returned to London but has played no part in Tottenham’s recent resurgence, including five Premier League wins in a row and Wednesday’s superb 2-0 victory over Chelsea.

Pochettino first reported Lamela’s injury, which was sustained in training, as “minor” at the start of November but is now reluctant to offer a timescale on his recovery.

The midfielder’s lack of physical progress and mental frustration has caused Tottenham’s manager to believe a change of scenery may prove beneficial.

“He went to Italy now. They need to change a little about the atmosphere, he has strong links in Rome,” Pochettino said.

Spurs v Liverpool. A battle of the bottlers. Everybody else is amused. https://t.co/TCweDVLI0w

“Not only do we believe it’s important to change a bit his mind, if not he asks to finish his recovery time there. The club and the staff believe it was right that situation.

“We hope that after that period he will come again and be available to start training with the team.

“It’s always difficult for players who spend a lot of time more than he believe, and with the energy of the team sometimes he is frustrated he cannot be involved today as it’s only him out of the group.”

Lamela, who travelled with a Tottenham physio, moved to Roma from River Plate as a 19-year-old in 2011 and he made his name during two successful years in the Italian capital.

“He has a special link with physios and doctors in Rome so thank you to Roma for opening the door to him and recover the player,” Pochettino added.

“We hope that in a few weeks maybe he will be available again to be involved in the training session with the rest of the group.”