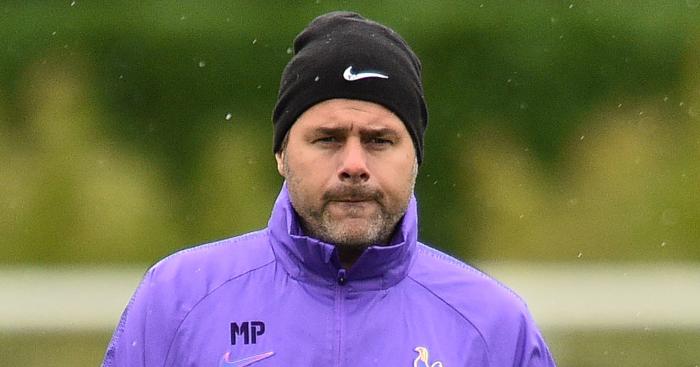 Mauricio Pochettino has not written off Tottenham’s chances of making the top four this season.

Spurs are already 10 points behind fourth-placed Chelsea having endured a torrid opening quarter to their Premier League campaign. The fans are desperate for the thrill of the new.

They have won just three games and can ill-afford to fall any further behind if they want to finish in the Champions League qualification places for the fifth successive season.

Pochettino has spoken at length about the reasons for his side’s poor start, but is positive they can still achieve their goals this season.

“We’ll see. Today, it’s so early,” he said. “If we are capable of finding the right balance to start performing in the way we expect, of course it’s still possible.

“We need time to get everything right because we went back to five years ago where we were in terms of position, situations and stuff like that, so it takes time.

“But we cannot move the club forward quick, to accelerate things, we can’t.

“We cannot accelerate the time, that’s the problem. The natural process, only we need to stay calm and work hard because there is not another way to change this dynamic.

“We cannot accelerate the time. The time is the time and the process is the process.

“Sometimes we talk a lot and it’s not helpful, but now there are a lot of positive things and we need to stick with that and keep going and moving because all the fans and the club deserve that we start winning games and get into a better position.

“In the Champions League, we are in a very good position but in the table of the Premier League, we need to improve a lot.”

Whatever happens over the next few months they will be without captain Hugo Lloris, who underwent surgery on his dislocated elbow this week.

Specialists were unhappy with how his joint had healed after his injury at the start of October and he will not be back before the end of the year.

The club confirmed that his return may be delayed by the surgery.

Assistant Jesus Perez said: “Apparently yes, but we’ll see. They went to another opinion after a few weeks, about just how it was healing and they needed to repair somethings in his elbow and that’s why it may take a little bit longer. But we don’t know yet.

“We don’t know exactly. We expect by January to train but it depends.”

Pochettino does not think it will be a problem for Lloris’ mindset to be out for so long.

He said: “I didn’t see him in the last week because I wasn’t here. But he is strong, he is very mature, he’s a man.

“Of course he is suffering now a little bit but he is going to come strong again. It’s not a problem.”