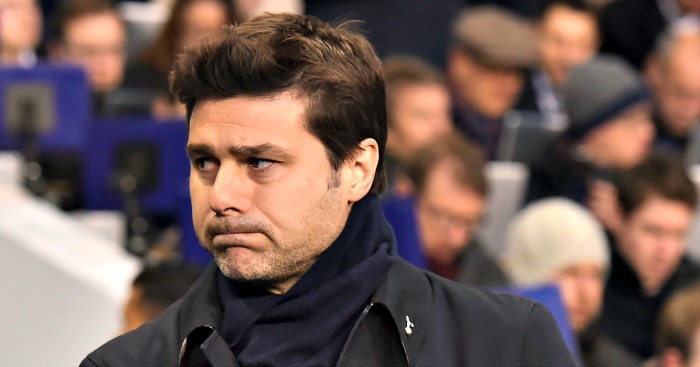 Mauricio Pochettino has warned Tottenham fans that the club will need to tighten its purse strings while a new stadium is being built.

Spurs face bitter rivals Arsenal at the Emirates Stadium on Sunday, looking to halt a recent slump that has included six games without a victory.

It means their squad has been pushed to its limit and a lack of strength in depth has been exposed. A Tottenham substitute is yet to score a goal this season.

While Arsenal spent close to £80million on Granit Xhaka and Shkodran Mustafi alone in the summer, Pochettino had to finance expensive signings like Moussa Sissoko and Vincent Janssen by selling the likes of Ryan Mason, Nacer Chadli and Alex Pritchard.

Arsenal also endured a period of restraint while their new stadium was being built and Pochettino says Spurs are encountering a similar challenge.

“Today the project is completely different to Arsenal, Liverpool and Chelsea,” Pochettino said.

“Sometimes it is difficult to speak about that because you or our fans can take it in a bad way, a negative way.

“But I think we need to take it in a positive way. We know we are building a new stadium and you know what can happen when you spend a lot of money.

“But we are in a different process, maybe when we finish the stadium we must change the project and maybe it is a moment to sign a player and spend a lot of money.”

If the new stadium’s construction remains on schedule, this will be Tottenham’s final season at White Hart Lane before they play home games at Wembley next year.

The plan is to move into the new stadium in August 2018 and Pochettino believes, then, the club’s financial muscle will be far greater.

“I think we are expecting to finish in one year and a half the new stadium and we start to compete with different tools and resources,” Pochettino said.

In the short-term, Tottenham must recover form and fluency after a stodgy spell that has seen them fail to hit the net from open play in five matches.

Kane is set to play for the first time in seven weeks this weekend after overcoming an ankle injury but Pochettino insists his team’s dip has not been down to the striker’s absence alone.

“We were talking before about Dele Alli who has maybe dropped a little bit and is not scoring in the same way that he did last season – maybe in the last month he has been ill, he has had a cold and had problems,” Pochettino said.

“Maybe we have some injured players that we can’t rotate and maybe some players are tired. That happens sometimes in football.

“Mixed together, maybe we have dropped our performance. But in my opinion there are many things that happen sometimes in football that are too difficult to explain.”