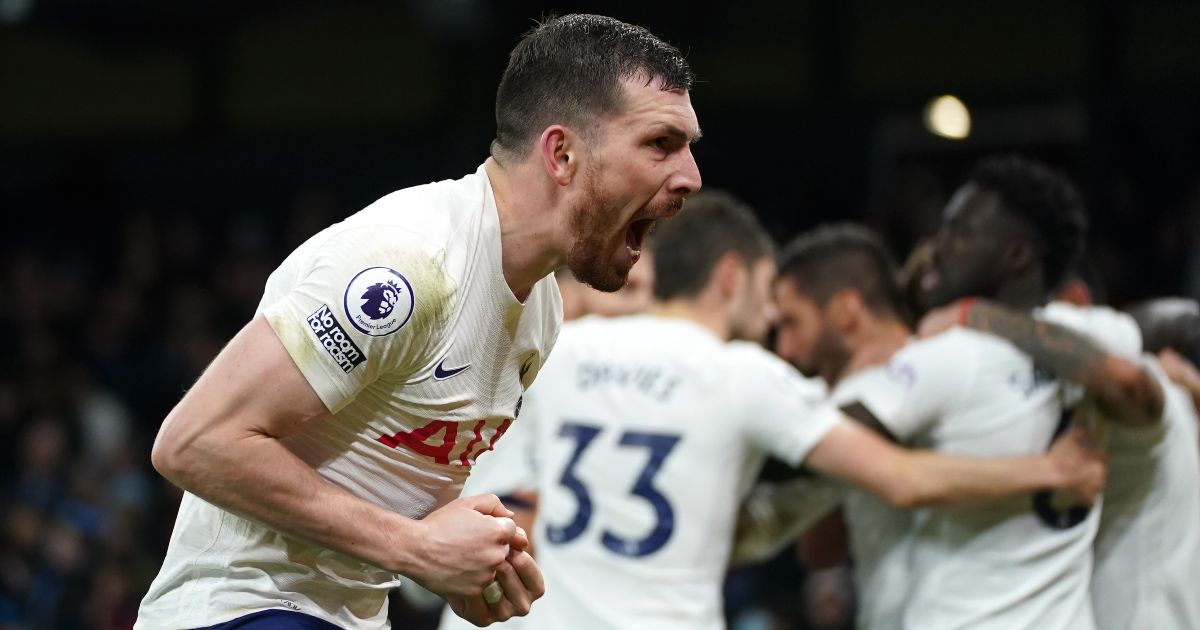 Will Spurs challenge for the Premier League title race next season? Liverpool are well and truly in this season’s title battle. Plus, Romelu Lukaku, Harry Kane and much more.

Get your views on the weekend’s action, or any other subject, in to theeditor@football365.com…

I’ve never been so delighted to be so wrong…
So I saw that article about how Liverpool could be in the driving seat in the title race and I thought to myself, “God F365 must have run short on their quota for articles this week” because before today it seemed like such a trash opinion. During the Liverpool game at 0-1 I thought the opinion was still wrong but would be wrong for different reasons. Then at 1-1 in the Man City game I assumed Man City would go into overdrive and crush Spurs and still prove it wrong. Essentially I’m saying I’ve never been so delighted to be so wrong. Ultimately it’s the hope that’ll kill me but until Wednesday there is undeniably a title race on and we are bang in it.

Liverpool today were a bit poor in the final third in the early stages of the match. I think AOC was very poor and ultimately it was his substitution with Thiago that changed the game which is a bit unfortunate for him. The trouble with Chamberlain is that he is wasteful and makes poor decisions in crucial areas. Keita, Elliot, Fabinho and Henderson are so much more protective of possession whereas Chamberlain misplaces passes or elects to shoot from 30 yards when there are regularly better options. Sometimes I think he should play as a false 9 because it would drag him higher up the pitch meaning his shooting positions would be closer to goal and he’d be more responsible for positioning to receive passes rather than having to make them through a congested area.

After that equaliser went in the crowd went ballistic and the team carried that energy onto the pitch. The Anfield faithful screamed for blood and got it pretty sharpish. The Norwich fans sang the classic, “this is a library song” about ten minutes into the game and got a proper introduction to what Anfield can do for this team on its day.

Credit to Klopp too. He took a risk on that starting XI and managed to make it pay through his brilliant substitutions. I remember criticising him once last season because I thought his subs were so predictable but perhaps he just didn’t have any depth to mix it up because of the injuries we suffered. The past 2 months every change he’s made in game has made perfect sense and generally impacted the games positively.
Minty, LFC

When Saturday comes good…
What a great Saturday of football that was.

The title race is back on; the relegation battle picked up pace with points for many of the strugglers; late drama dialled up to 11 in the late kick-off between City and Spurs; and, focussing on my own team, that rare thing: a comfortable win for Saints. Not such good news for Everton, who now seem properly embroiled in the scramble at the bottom of the table, but Saints are finally starting to take advantage of taking the lead and there was even a goal for Shane Long.
Remy the Saint

Harry Kane
It’s lovely watching Kane when he’s the proper Kane. Not the knock off one Conte has had on this season.

When I said that Spurs won the January transfer window, maybe people will now understand what I meant.

Kulusevski announced himself on the world stage this evening. One goal and one assist to compliment a world class performance against the best team in Europe, who by the way we have done the double over this season.

Bantacur very much reminds me of a prime Sergio Busquets. It is impossible to press him effectively, he is too comfortable on the ball. He made Man City’s midfielders look ordinary this evening..

I look around the league and imagine this Spurs squad with a full pre season under Conte behind them and a reinforced defence, and I can’t see many teams getting points against us. Yes we have dropped points recently but people seemed to ignore that was with a patched up defence with Eric Dier out injured. You saw what we were capable of this evening with a fully fit defence.

F355 and other publications should now stop with the doom mongering around Spurs because it is going to come back to bite them.

Romelu Lukaku
Well well well where are the countless pundits now that said United would rue their decision to sell Lukaku. We may have gone backwards this season but as a Utd fan getting rid of him was one of Solskjaer’s best decisions at Utd.
Ken Dublin

VAR consistency
I know this is an old story, but until there is consistency, it will always be mentioned. During the Arsenal Brentford game Saka had a shot, the defender threw himself into the way and blocks the shot with an arm away from the body, VAR checks nothing given. City vs Spurs, a City player fires in a cross, the defender throws his body in the the way and the ball hits his arm which is away from his body, VAR checks and oh look, a penalty, it’s either incompetence or corruption, with some of the incidents lately I’m leaning towards the latter.
Andrew Goonerabroad

American sports
Now I don’t follow basketball, but when it comes to Niall’s theory on greatness coming from staying and building, even I am aware of LeBron James – so the theory doesn’t stand up. If a player can, by chance, stay in one place and dominate, then great. But most success (or money) hungry elite sportsmen will chase success (or money) wherever they think they’re best placed to achieve it.

Salah’s financial interests, both long and short term, would probably be better served going to Real Madrid. They’d pay him more, and are a more popular club than Liverpool. They probably have a better chance of delivering more silverware too, with Manchester City in the way domestically. Not to mention that I can’t see a scenario where he burns all his bridges on the way out – surely its better to be a massively popular former player of two huge clubs rather than one? That’s both from a legacy standpoint and from a financial one, when it comes to endorsements, etc.

Liverpool will either break their wage structure to keep him, or he’ll leave. He won’t stay in Liverpool because of sentimentality or a (pretty flawed) concept of protecting his brand by staying loyal.
Andy (MUFC)

Forget it…
Salah is great. Pay him whatever he wants.
Niall, Bethany Beach

Am I the only one who felt rather disappointed that we are missing an Alisson charging the length of the field and sliding on his knees towards the King?
Cheeeng

Women’s football
Women’s cricket used to be awful in this country. I cover it every year, a mixture of England men/women and various domestic games. 5 years ago I think there was one woman on the planet who could consistently take wickets (Aussie, naturally) and it could quickly turn into a very dull afternoons work. The ECB take a lot of stick for various things that I don’t care enough about cricket to offer an opinion on, but as far as I can tell they are absolutely smashing the development of the women’s game.

I’m not even sure what they’ve done or whether it’s just a natural consequence of allowing the game some room to develop and reach an audience, but in 5 years we’ve gone from appallingly bad cricket, to enough decent women’s teams to fill out The Hundred tournament and provide some proper entertainment, between evenly matched and reasonably skilled teams.

Is women’s football slowly reaching this point? Like most fans I rarely watch outside of my own team but it seems the days of Arsenal women having a cheat code striker and hitting double figures are waning, not because she’s gone anywhere but because other teams are slowly bridging that gap in quality? LFC women aren’t televised this year after they got relegated but they look on track to easily get promoted as champions and made it to the cup quarter finals, which I think makes the top 6 of the WSL (maybe 5 after Arsenal, they’re still quite good) look highly competitive for next season. If consistent games against opponents on/around your level is the best way to improve then I think the standard of the WSL over the next few years is only on an upward curve, there will always be those who have an absurd number of arguments against it, but if an improving product goes out for free once a weekend on the BBC then I think the future of the women’s game is probably gonna be alright.

And Lee from this morning, if your response to someone mentioning a pay gap is to immediately pull out your 2 specific examples of the opposite, that’s not having a discussion that’s wanting to win an argument. Something you’d do better with if you googled it first, in what world did Paltrow earn more money than the face of the Marvel Universe? RDJ made less money than most on Iron Man 1 because he came in as a “washed up addict” and once he became the face they paid him accordingly. Significantly more than Paltrow, who had to resort to selling vagina scented candles to pay the bills.
Manjo, LFC

Villa investment…
If I was the owners of Villa, I would be very pissed with how my investment was being managed from CEO, to Recruitment to Manager. Shocking.
Paul