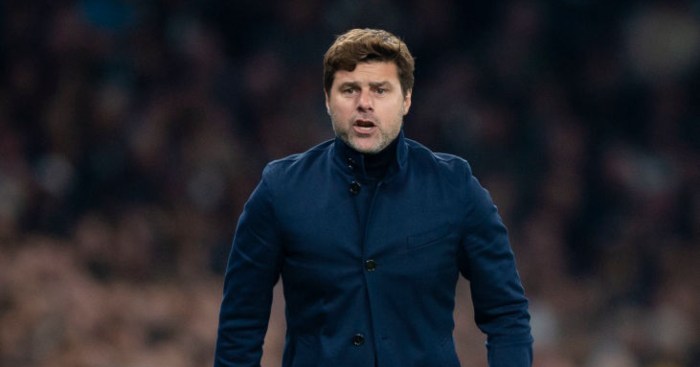 A clause in Mauricio Pochettino’s contract at Tottenham could discourage him from joining Manchester United and Arsenal, according to reports.

Since his departure from Spurs, Pochettino has been linked with United and Arsenal, who recently sacked Unai Emery.

Freddie Ljungberg was put in interim charge of the Gunners last Friday and took charge as Arsenal drew 2-2 on the road at Norwich City.

Man Utd, meanwhile, continued their poor start to the season under Ole Gunnar Solskjaer as they were held to a 2-2 draw at home to Aston Villa.

However, the Daily Express say any hopes Man Utd and Arsenal had of landing Pochettino as their manager have been dealt a ‘body blow’.

Pochettino ‘would have to repay Tottenham his £12.5million pay-off if he takes another Premier League job this season’.

The Argentine is likely to be in the running for any big jobs that come up around Europe too and, with the financial penalty in place for joining another Premier League club, that could be a more favourable option.

Real Madrid and Bayern Munich have been linked with moves for Pochettino and the the former Espanyol boss released a statement after leaving Spurs late last week.

“I would like to thank Joe Lewis and Daniel Levy for giving me the opportunity to be part of Tottenham Hotspur’s history,” Pochettino said via the League Managers Association.

“I gave the best of me to accomplish the objectives I was asked for in our first meeting.

“There were equally tough challenges as exciting success.