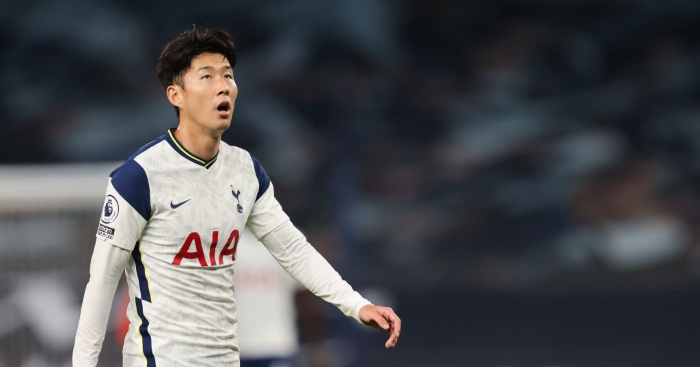 The 28-year-old has had an electric start to the campaign after scoring seven goals and assisting two more in just five appearances.

His partnership with club captain Harry Kane has seen the pair become two of the most in-form players in Europe.

FEATURE: Five issues Solskjaer has failed to address since ‘that night in Paris’

According to The Athletic, Spurs officials are now close to agreeing a new deal for Son.

The player signed his last contract with the North London club back in July 2018. His growing importance to the squad is likely to be reflected in his wages, which will likely exceed £150,000 per week.

Son will now become part of the club’s top earners. He will join the likes of Dele Alli, Harry Kane and Tanguy Ndombele in doing so.

Son has become one of the first names on manager Jose Mourinho’s team sheet after giving the team plenty of pace and power going forward.

He’s helped the side to win two and draw two of their first five Premier League games, although they did slip-up recently against West Ham.

Son and Kane are joined by Real Madrid loanee Gareth Bale up front, who returned to the club in the summer after plenty of speculation regarding his future.

The South Korean has stated his excitement at linking up with Bale. He said: “I’m so excited. To see him every day, to chat to him, it’s a really good experience for me and I think the fans can’t wait to see him back on the pitch.

“As a player, I can’t wait to play alongside him. Obviously, he is a legend for this club and a superstar in the football world.

“I think he is very happy and you can see straight away that he is smiling all the time.”

Spurs’ next fixture is against LASK in the Europa League on Thursday evening.