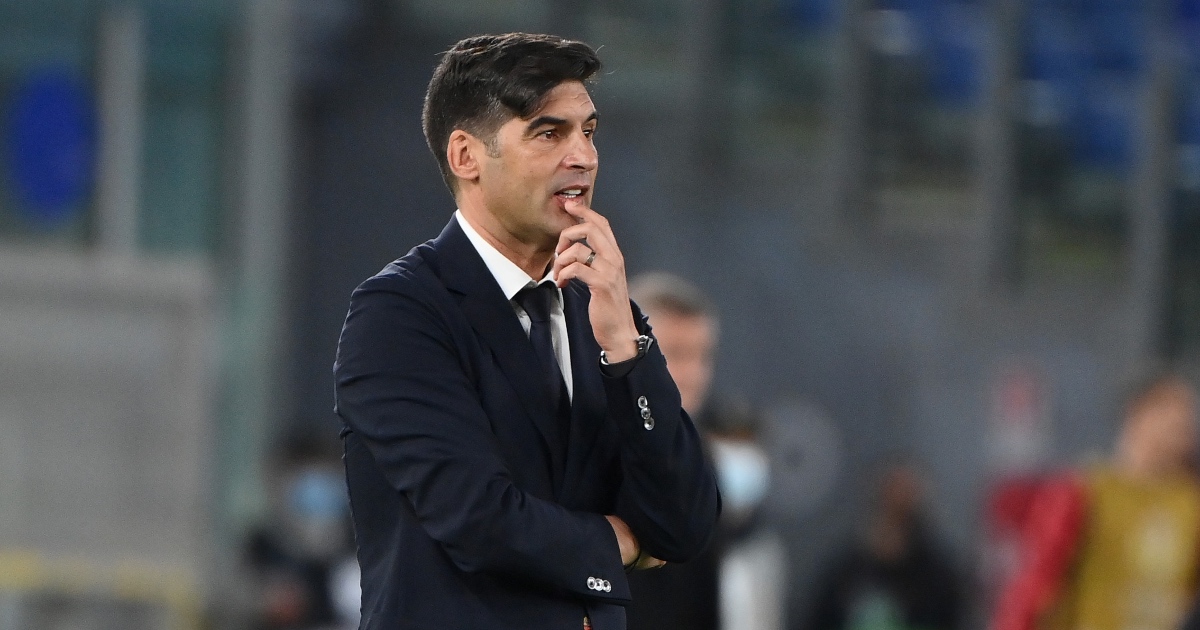 Spurs are close to ending their search for a new manager, according to sources in Italy.

Chairman Daniel Levy has been looking for Jose Mourinho’s replacement ever since his sacking in April.

Scott Parker, Erik ten Hag and Antonio Conte have all been linked with the job, although none have opted to take it.

According to Sky Italia (via Sky Sports), Spurs are in advanced talks with former Roma boss Paulo Fonseca over the vacant hot seat.

Discussions are ongoing, with the 48-year-old expected to sign a three-year deal in north London.

Incoming sporting director Fabio Paratici has been heavily involved in the talks. He looks set to be announced as a Spurs man next week.

Fonseca’s appointment would see him swap roles with Mourinho. He parted ways with Roma at the end of the 2020/21 campaign after they finished seventh in Serie A.

The previous season, he guided them to fifth place and Europa League qualification.

His managerial career also includes spells with Porto and Braga in his native Portugal, as well as Ukrainian outfit Shakhtar Donetsk.

Fonseca’s first major trophy was the Portuguese Super Cup with Porto in 2014. He steered Braga to the Portuguese Cup two years later, and achieved the domestic treble with Shakhtar in 2017/18.

The news of his potential appointment comes just days after the breakdown of negotiations with Conte.

The Italian entered discussions with Spurs chiefs but was soon put off by their lack of ambition. He was worried that transfer funds would only become available through the sale of Harry Kane, whom he would have wanted to keep.

Levy was also worried about the size of backroom staff Conte wanted to bring with him.

Should Fonseca be announced as Mourinho’s successor, he will then begin to plan their summer exploits.

Their man aim will be keeping Kane from the clutches of Manchester City and Manchester United.

Paris Saint-Germain are also in the hunt for the England man.

A number of other players could be sold and replaced. Serge Aurier is keen on a return to France, with Norwich’s Max Aarons viewed as a potential solution at right-back.