Home All The News Spurs deal ‘not far off’ for Man Utd target after £35.5m bid 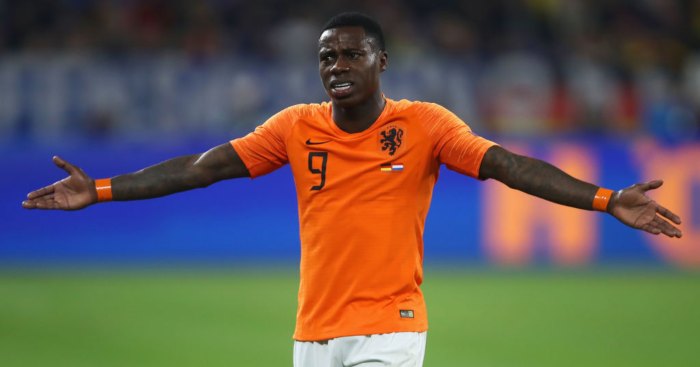 Tottenham have made an offer for PSV Eindhoven winger and Manchester United target Steven Bergwijn, according to newspaper journalist Rik Elfrink.

United have been linked with a move for the Dutchman, who scored 14 goals and provided 12 assists for his team-mates in 33 Eredivisie appearances last term.

However, Elfrink, a journalist who covers PSV, claims that Tottenham have entered the race for Bergwijn and even lodged a bid of €40million (£35.5m).

“They have talked to his agent and it has been said that there has already been an offer of 40m euros. PSV deny that, but a transfer is probably not far off.”

Despite that, the 21-year-old’s agent, Fulco van Kooperen, wants him to move to Italy and specifically Inter Milan.

“Bergwijn at Inter or in Italy? That’s what I hope,” van Kooperen told Calciomercato.

“The market has just begun , its arrival in Italy may occur but at the moment there is still nothing concrete.

“With Ausilio and Marotta no new contacts are scheduled at the moment, but there is time to talk about it. Antonio Conte? I don’t think that with the new coach he can change anything for the purpose of his eventual arrival in Milan.”