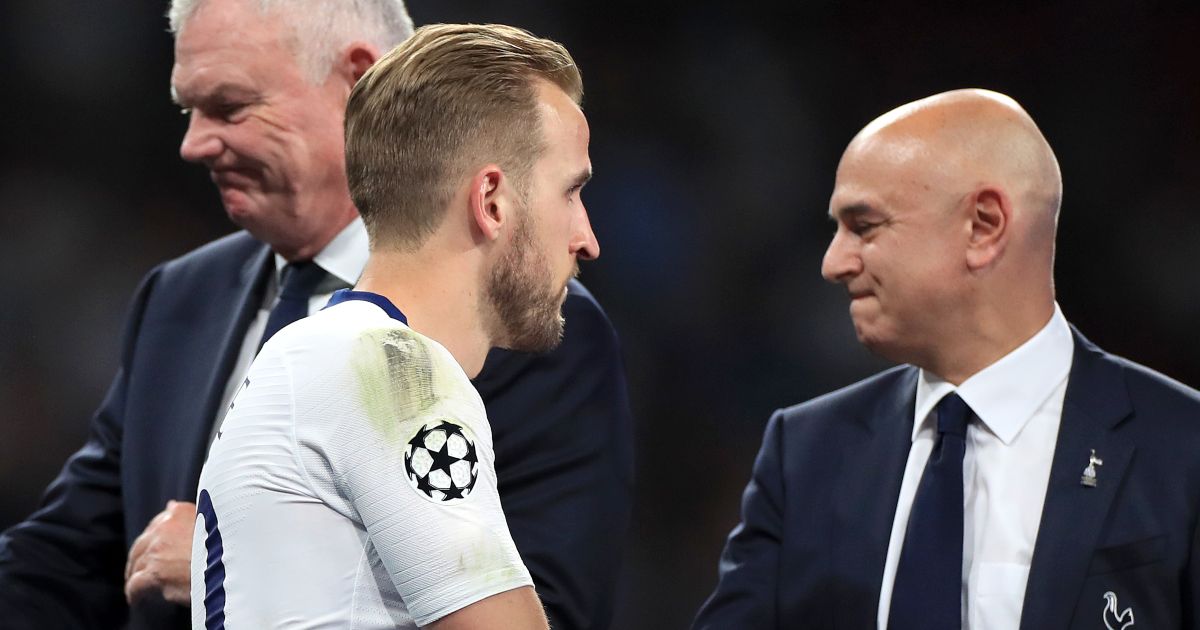 Harry Kane has been ‘desperate’ to leave Spurs for a while now but the Premier League club have been left ‘deeply unimpressed’ by the timing of the latest reports.

Sky Sports broke the news last night that Kane has ‘again told Tottenham he wants to leave this summer’ as he looks to win trophies before the end of his career.

Rumours have been swirling for some time now that Kane is ready to leave Spurs with the club failing to match his ambitions.

The report on Monday added that his ‘preference is to remain in the Premier League and he wants to have his future resolved before turning out for England’ at Euro 2020.

And The Athletic claims that Spurs were understood to be ‘deeply unimpressed with the timing of a story’ that Sky Sports pushed on Monday.

The north London club face two crucial matches against Aston Villa and Leicester City as they look to secure European football next campaign.

Despite Spurs knowing Kane has been ‘desperate’ to leave the club for ‘some time’, the reports are still an ‘unwelcome distraction at the start of a crunch week’.

These reports haven’t come about because of a meeting between Kane and Tottenham chairman Daniel Levy ‘over the last few days’ instead the club ‘have known how the 27-year-old has felt for weeks, if not for the whole season’.

Despite the latest rumours, Levy and Tottenham’s stance is that ‘there is absolutely no chance of Kane leaving this summer, and especially not to any Premier League rival’.

The Athletic adds that Spurs see Kane as ‘utterly irreplaceable and therefore do not see any value in letting him go’ with plenty of time left on his current contract.

There have been reports that Manchester United could use two players, including Anthony Martial, as a makeweight to get Kane, while Manchester City could be willing to part with Gabriel Jesus to land Kane.

Despite that, The Athletic reckon Spurs ‘can afford to keep Kane against his will’ but the England international does believe ‘he has a gentleman’s agreement with Levy’ from last summer.