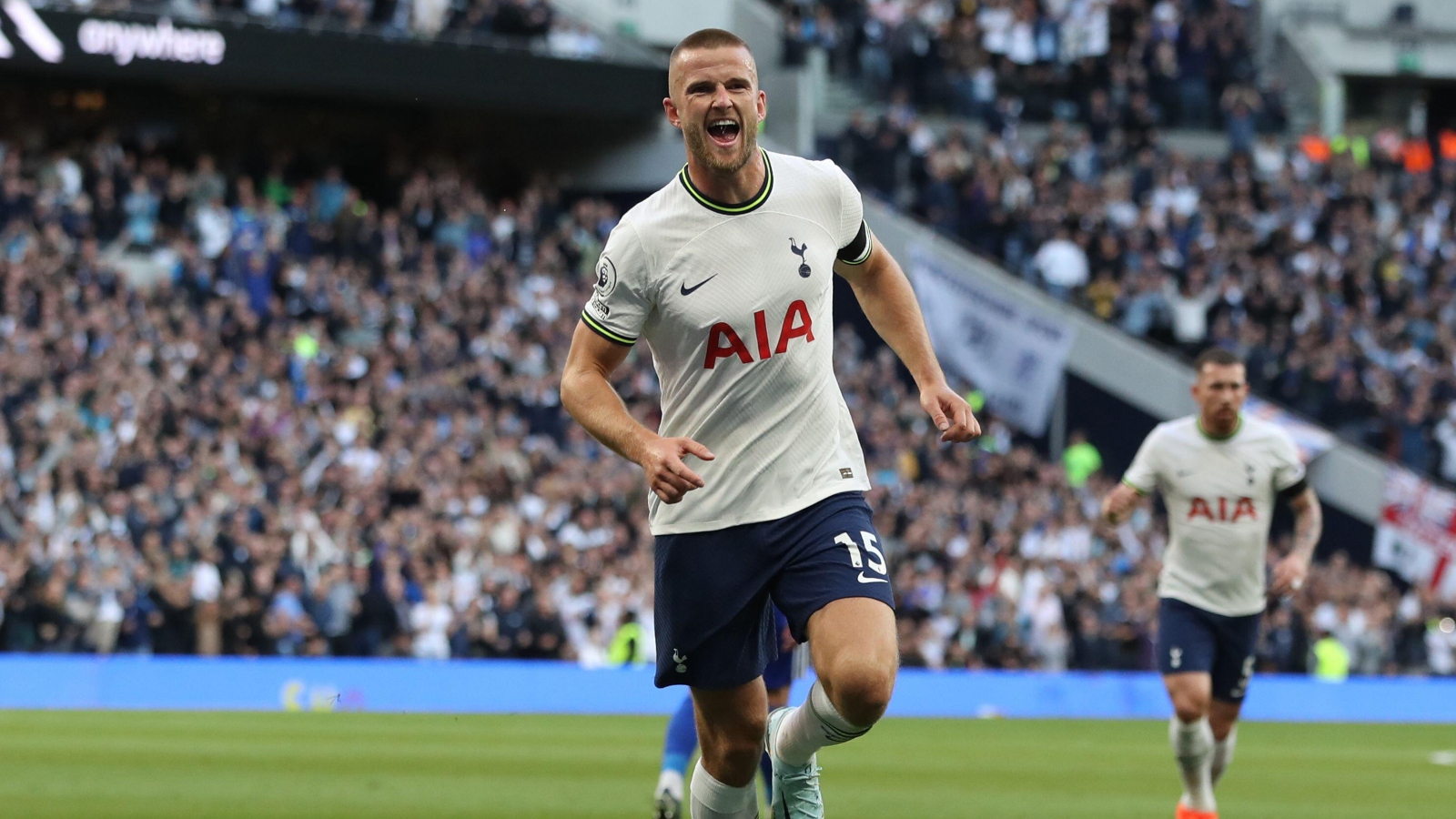 Eric Dier has thanked everyone at Spurs for helping him return to the England squad and hinted he is ready to fight for a starting berth under national team boss Gareth Southgate.

The centre-back earned the last of his 45 caps in November, 2020 and looked likely to miss out on the World Cup when he was snubbed for the international fixtures earlier in the summer.

Dier had finished last season in excellent form but has carried it on during the current campaign with Southgate this time bringing the 28-year-old back into the squad for the upcoming Nations League matches with Italy and Germany.

A key member of England’s run to the 2018 World Cup semi-finals, the versatile Spurs player saw his role diminish in significance during the ensuing years but feels his return to the Three Lions camp is just the start.

“I am just looking forward to going and I think as my manager (Antonio Conte) said during the week, for me it is my ambition for this just to be a starting point for me. I think I can still do a lot more,” Dier said.

“Honestly it (a recall) wasn’t what I was thinking about. I was just thinking about being as good a player as I can be for Tottenham and everything else that happens is a consequence of that.

“For me, I am just very thankful for the way that my team-mates, coaching staff and everyone at Tottenham has supported me, pushed me and tried to help me get back to the national team.”

Dier scored his second goal of the season in Saturday’s 6-2 thrashing of Leicester but saw his exploits overshadowed by Son Heung-min’s sensational hat-trick.

The former Sporting Lisbon defender believes the “floodgates will open” for Son now and the Spurs number seven, who had gone eight games without a goal, feels this tough spell will help make him stronger.

Son said: “Obviously it was a tough moment, a tough first couple of games but look, this is a lesson. This is how I always have been.

“I have experience in professional football teams. I had some bad periods and had some amazing periods.

“Even when I had a good period, I learned so many things and even a bad period, I think you know life-wise in the bad period you learn so much good things. That is what I am doing right now.

“I don’t think it was that bad but with these tough moments, I had so much lessons and just had really good people around me to help me, which was really, really important.”

“He is a killer but I have a really, really good relationship with Gian Piero. Obviously his English is not perfect, sometimes he is coming with his phone and translating into English from Italian. It means a lot.

“Not as football-wise, I think life-wise he gives me so much advice, which I am really grateful. He has been so helpful, giving me always a big hug in tough times and even great times he has always been next to me and every staff.

“Even Saturday before we left the training ground, the hotel, we had a couple of minutes of having a nice conversation which made me really comfortable and really grateful.”