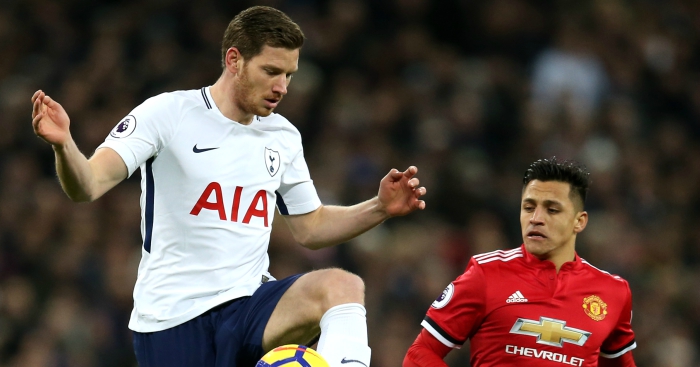 Jan Vertonghen praised his Tottenham team-mates for maintaining their impressive form ahead of the visit of Juventus with Saturday’s 2-0 win over Huddersfield.

The Belgian defender came through unscathed, having returned to Spurs’ starting XI following his recovery from an ankle injury, and is expected to retain his place for the Champions League clash with the Italian giants on Wednesday.

Tottenham, who drew the away leg of their last-32 tie 2-2 in Turin, extended their unbeaten run to 17 matches with victory over the Terriers.

Vertonghen told the club’s official website: “It’s what we’ve been saying and working on, being wary of the counter-attack, and I think we’ve been doing that very well in the last couple of months.

“We’ve been defending very well, even one-on-one. Defensively it was another good performance. It was very good from both sides on the pitch (attacking and defending). It was a good performance like we’ve been playing in the last few weeks.”