Home All The News Spurs defender ‘not afraid’ of Carroll threat 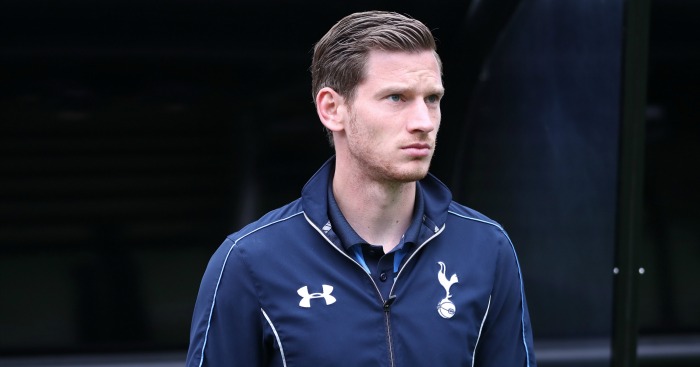 Tottenham’s Jan Vertonghen is preparing for a scrap against Andy Carroll on Saturday but says he is not afraid of the West Ham striker.

Carroll made his second start at West Brom last weekend since returning from five months out with a groin injury and is set to lead the line again at the London Stadium.

West Ham have got the better of Spurs in this fixture for the last two seasons running and Carroll could be key to them pulling off another derby victory.

Vertonghen, along with Toby Alderweireld and Davinson Sanchez, will be charged with keeping the Hammers’ powerhouse quiet.

“He’s a great striker, very difficult to play against but I think our defence have shown we can play against every type of striker so I’m not afraid,” Vertonghen said.

“He’s a very big guy. He’s a fighter. He’s very strong in the air and I think he fits the game that West Ham wants to play.

“Hopefully he can stay fit for a while for West Ham, he’s struggled a bit I think on that, but he’s a good player and a tough player to play against.”

West Ham have struggled, however, to combine Carroll with Javier Hernandez, who has so far been played wider and deeper to accommodate his team-mate.

Tottenham faced Hernandez twice last season in the Champions League when the Mexican was at Bayer Leverkusen and while he failed to score in either fixture, Vertonghen is well aware of his threat.

“He is totally different to Carroll so I think they can play two styles. Maybe they can even play together,” Vertonghen said.

“Hernandez is tough to play against. Maybe he is not that involved in the game but you can’t lose him, especially in the box. He is so dangerous.”