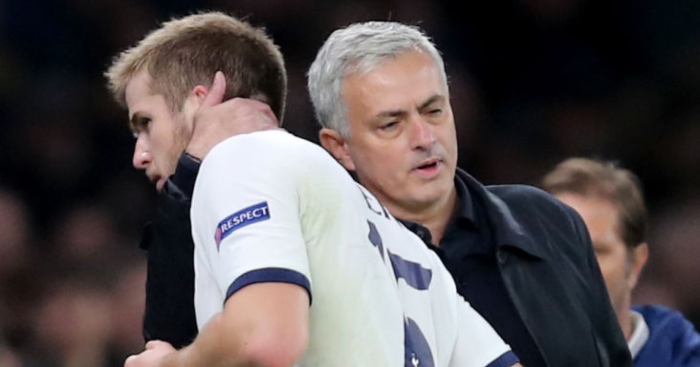 Tottenham host Everton in north London on Monday, and will be leapfrogged by the Toffees if they lose.

Mourinho has been at the helm since November, but after a good start Spurs have started to slip down the table.

And the Portuguese manager’s provocative nature is reported to be wrangling some of the Spurs stars.

His relationship with record signing Tanguy Ndombele is thought to be particularly frayed, though the manager claims there is “no drama”.

And Dier, who has seen significantly more playing time under Mourinho, insists there is no truth in rumours of discord between players and manager.

“That’s just the world we live in nowadays,” Dier told beIN Sports. “I think it’s kind of crazy. We’ve been together a very short period of time. We’ve gone through circumstances which no one could foresee.

“The change of manager half way through the season, followed by many, many injuries and then the coronavirus pandemic.

“There have been many obstacles to overcome and we hope that those things will bring us closer together.

“Those kind of comments are just ridiculous really.”