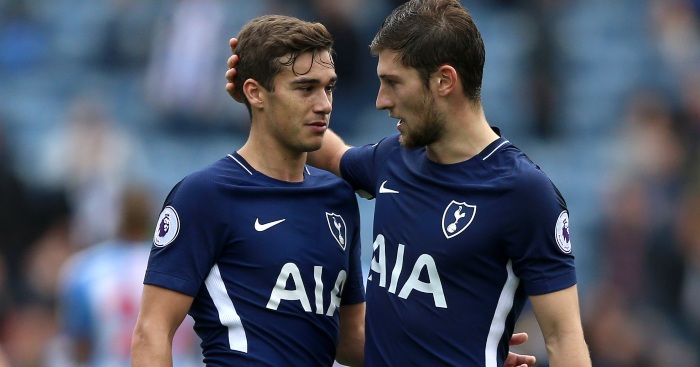 Wales defender Davies, 26, joined Spurs from Swansea during July 2014 and has made 168 appearances, scoring four times.

England midfielder Winks, 23, came through the Tottenham academy before cementing his place in the first-team squad.

Davies had groin surgery last month as he looks to get himself fit again ahead of the new season.

“I am obviously delighted to sign here for the next five years,” Davies said to Tottenham club media.

“It is one that I have worked really hard for, to put put myself in the position to stay at this club for the next few years, and I am delighted to be here.”

Winks made 41 appearances in all competitions last season, having recovered from his own groin surgery during April to play in the Champions League final defeat against Liverpool.

“I have been at the club since I was five so when I got the opportunity to sign a new contract, it was a no-brainer,” the midfielder said.

“It’s a contract, like Ben, I have worked hard for. It’s been a great season last year so to sign a new contract, I am delighted, I’m really happy.”

Earlier on Monday, Spurs confirmed former midfielder Ryan Mason had been appointed coach of the under-19 UEFA Youth League side.