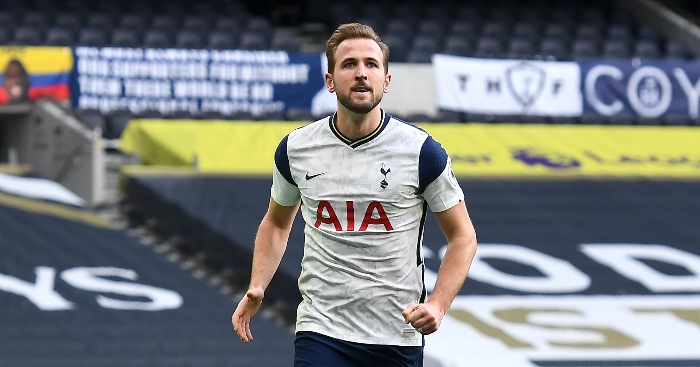 News emerged recently of a potential £90 million bid from Man City for the striker.

They apparently see Kane as the perfect successor to talisman Sergio Aguero. That interest has now shocked Spurs chairman Daniel Levy into action.

FEATURE: Bailly and Pogba positives give Solskjaer plenty to ponder

According to The Independent, Spurs now want to offer Kane an improved deal to ward off talk of an exit.

The new contract is set to extend his spell in North London and will surely offer him a pay rise. Levy will be desperate to keep his star player and won’t want to lose him to a top six rival.

The report states that Kane is happy to stay with Spurs as long as they are competing for trophies. Under current boss Jose Mourinho, it’s thought that trophies are a possibility.

Mourinho’s side currently sit fourth in the Premier League table on 29 points. They’ve had an exciting first half of the campaign, mainly due to the form of Kane and fellow star man Heung-Min Son.

Together the pair have scored 22 of Tottenham’s 29 league goals, which shows just how integral they are.

Son’s contract is set to expire in June 2023, which means the South Korean is likely to enter contract talks in a similar fashion soon.

News of a contract extension is unlikely to deter City if they have truly decided on Kane as Aguero’s successor. They will be happy to spend in excess of £100 million on the England international as he is a proven Premier League goalscorer.

An alternative for City is Erling Haaland. The Dortmund wonderkid is also a top target for rivals Man Utd.