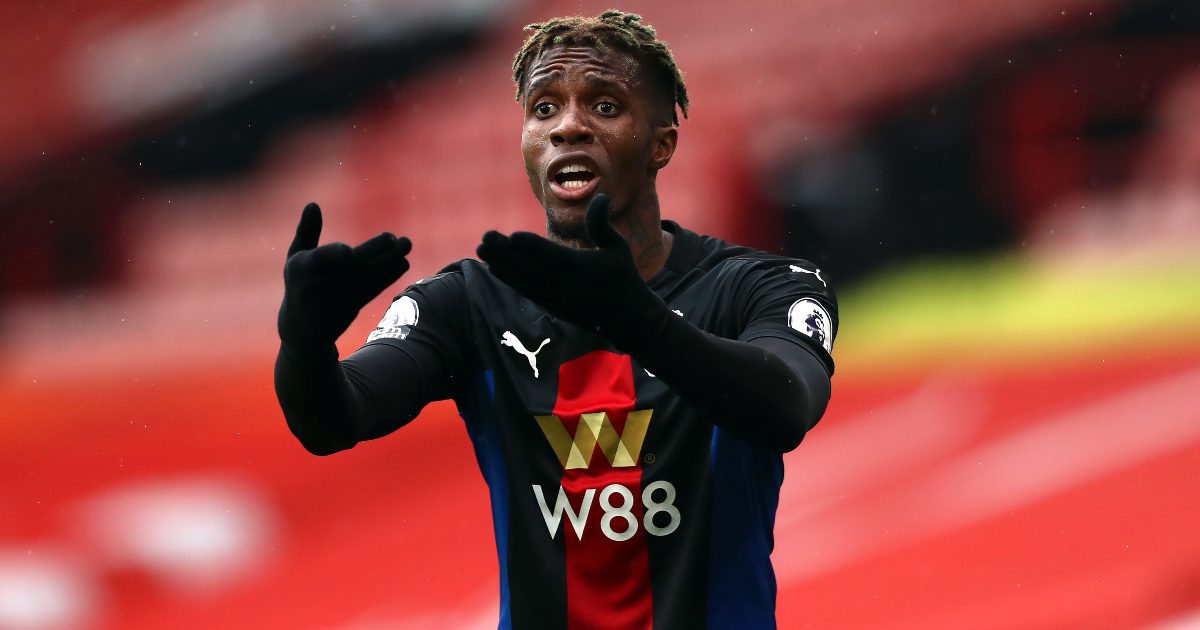 Spurs and Everton are both interested in signing Crystal Palace’s £40m-rated forward Wilfried Zaha, according to reports.

The 28-year-old rejoined Crystal Palace on a permanent deal from Manchester United in 2015.

This came just two years after he first made the move to Old Trafford for a fee that could have risen to £15m with add-ons.

Zaha has regularly been Palace’s best player since he rejoined the club. He won their Player of the Year award for three straight seasons between 2015 and 2018.

The forward has 68 goals and 72 assists from just short of 400 appearances for Crystal Palace. He netted eleven times from his 30 Premier League outings in 2020/21.

Zaha has consistently been linked with a move away from Palace over the past few years. Arsenal have been included in the teams reportedly interested in him.

Now GOAL are reporting that Spurs and Everton have a “strong interest” in Zaha ahead of this summer.

The Toffees tried to sign Zaha in 2019. They offered £70m plus Cenk Tosun and James McCarthy, but that proposal was turned down.

The attacker has two years remaining on his current deal with Crystal Palace. They add that Zaha could be available this summer for around £40m.

Zaha recently told The Face that he wants to “compete with the best” before he retires:

“I’m good enough to go out there and compete with the best.

“If the opportunity came, I wouldn’t turn it down, because I feel like I deserve it. It’s so I can show my kids: ​’This is what daddy won’.”