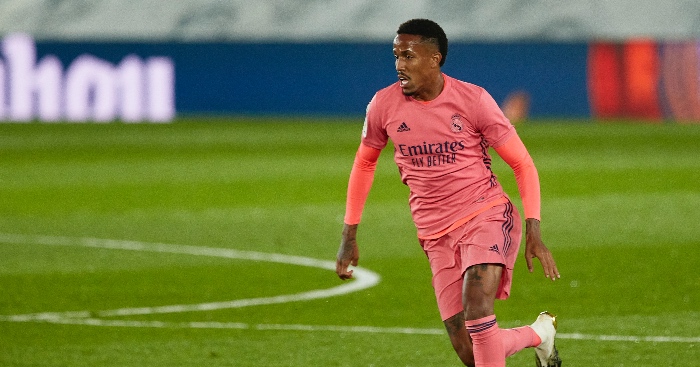 Spurs will need to face off against European giants Bayern Munich if they want to sign defensive target Eder Militao, according to reports.

The North London side have been linked with Militao as an option to improve their defence.

Mourinho is thought to be prioritising a centre back during the January transfer window.

FEATURE: One per club: The exhaustive list of the exhausted…

According to Goal, Bayern have now joined Spurs in the race to sign Militao.

The German champions want to sign him as a replacement for David Alaba, who could be joining Real once his contract expires.

The report states that Juventus and Borussia Dortmund are also tracking the 22-year-old, although it’s not yet clear if they will launch any official bids.

Militao has pretty much been an outcast in the Spanish capital this season.

The Brazilian international is behind Sergio Ramos and Raphael Varane in the pecking order at the Bernabeu.

Reports emerged on Monday stating that Spurs had lined up a move for Militao.

At that point they were the only club known to be chasing his signature.

Militao cost Real £43 million when he joined from FC Porto in July 2019.

The centre back has failed to live up to the hype, however, having made just 23 appearances for the club.

Los Blancos will likely want a significant fee for him to avoid any losses.

Militao could form a strong partnership with Eric Dier in the Spurs defence. Manager Jose Mourinho also has Davinson Sanchez and Toby Alderweireld at his disposal.

Alderweireld is 32 in March, so the Brazilian could be seen as his long term replacement.

With the amount of European sides chasing Militao growing, Spurs may need to act fast to get their man.