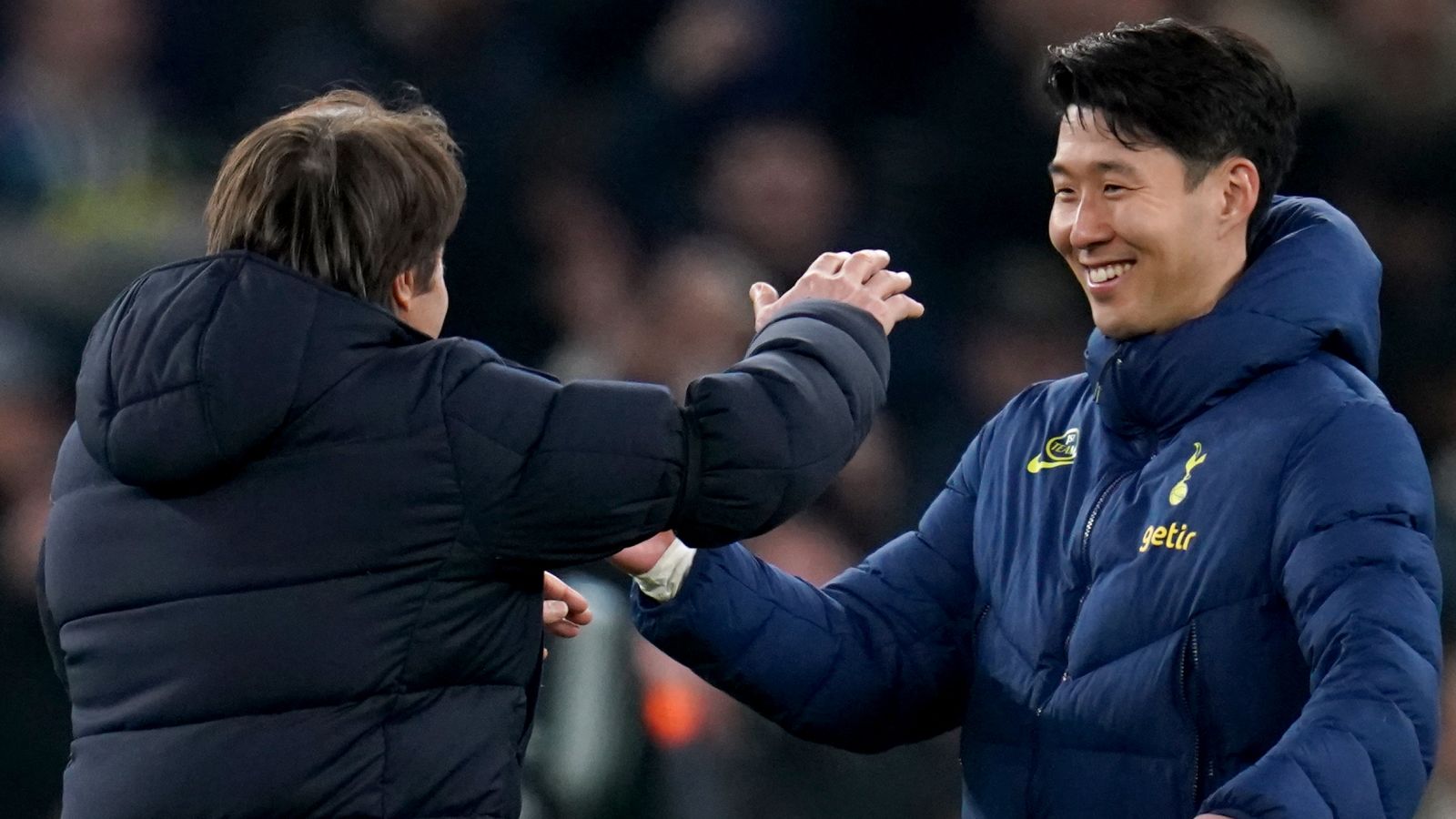 Spurs were very good indeed against West Ham, and might actually have managed to do some good transfer business…

Spurs’ matchwinners against West Ham may have been the familiar tried-and-trusted Kane-Son combination, but this was a game that confirmed the lingering suspicion that Tottenham might finally have got things right in the transfer market.

This was a huge win for Spurs, one in which a team that has become renowned for its determined inconsistency and tendency to lurch from the sublime to the ridiculous and back again somehow managed to make it four wins from the last five league games.

They still look unlikely to pip Arsenal to fourth but are now in pole position for fifth and exceedingly well placed for a top-six finish after last season’s seventh place marked their first failure to get there since 2009.

West Ham looked understandably weary after Thursday night’s 120-minute effort against Sevilla, and Spurs were at their lethal best on the counterattack. All three goals were created by Harry Kane. Two were finished by Son Heung-min, who was also there to pressure Kurt Zouma into diverting the ball into his own net for the opener.

But for all that Kane and Son doing their thing produced the goals, this Spurs performance was built on the foundations provided by a couple of more recent arrivals.

Spurs have been an utter shambles in the transfer market for years. They made a total mess of it in the second half of Mauricio Pochettino’s reign and haven’t done much right since his departure.

Since the summer of 2015 when Son and Toby Alderweireld arrived for a combined fee only a shade north of £40m and the following year’s acquisition of Victor Wanyama for £12m it has not really gone well. Lucas Moura has been decent enough. Your Hojbjergs and Sanchezes and Llorentes have had their moments, but it’s been mainly a tale of woe.

The most high-profile of those failures, Giovani Lo Celso and Tanguy Ndombele, came in for big money and were among those shipped out on deadline day in January.

But another assured defensive display from Cristian Romero and stylish midfield marshalling from Rodrigo Bentancur showed that Spurs, while still capable of a Bryan Gil-shaped brainfart, might finally be getting things right.

Romero arrived initially on loan in the summer and Antonio Conte has already confirmed they will take up the £42m option to make that permanent at the end of the season. It’s a bargain for a fantastic defender who just as importantly is also tremendous fun and a worthy heir to Erik Lamela in the key Spurs role of “Argentinian p*ss-boiling sh*thouse”.

Bentancur is already the best central midfielder Spurs have had since Mousa Dembele, a crucial cog in those peak Poch years. That under-rated crucialness has already been talked about enough to enter the realm of cliché, but that’s because it’s true. Spurs have never since then had a player capable of doing all the midfield things at once. Bentancur also carries himself and moves around the field precisely like Dimitar Berbatov, which again is a bonus.

Factor in the impact made by Dejan Kulusevski and you have to consider the frankly alarming fact that Spurs, having bumblef*cked their way through January missing out on target after target and inadvertently helping out Liverpool actually managed to do something that is fiendishly difficult to do in January: significantly upgrade the first XI in two places at reasonable cost.

Both Bentancur and Kulusevski are clever and technically proficient players. Those have been in short supply at Spurs in recent times beyond the obvious brilliance of the Kane-Son axis. It’s no coincidence that that pair’s productivity has increased since that pair came along.

Spurs remain a fascinating and beguiling team. At their best, as they were today, they do look really very good indeed. They pose an obvious counterattacking threat that must forever be on the minds of opponents and today looked resolutely solid against a team that poses plenty of questions of its own.

West Ham’s goal came from their only shot on target and the only real lapse as four Spurs players went for the same ball from a corner leaving Said Benrahma unmarked at the back post to cleverly steer the ball past Hugo Lloris.

Even at 2-1 there wasn’t really much sign that West Ham would get back on terms, with a counter-attacking Spurs third always looking more likely. Only the banterous history of clashes between these two teams gave real promise of anything dramatic occurring here.

Spurs will acknowledge this was a good time to meet the Hammers, who have done a superb job of balancing league and European endeavours this season but may find that harder and harder on the run-in. They still have three of the top four to face in their remaining eight league games.

But that caveat should not take away from the quality of Spurs’ performance. They flew at West Ham early, expecting and pouncing on that weariness. The scoreline flattered the visitors in the end as Spurs overpowered a direct rival for European qualification.

On this evidence you see the basis of a side that might not quite get fourth this season but can absolutely challenge for it next year.

And yet there remains a fragility to the whole thing. Antonio Conte was delighted here and grinning wildly as he gave his players post-match bearhugs. But you still sense that one bad result or transfer snafu could see him decide to leave. A job swap with Pochettino still feels not only possible this summer, but also one that would suit all parties. One in which everyone is more where they belong.

What is clear, though, is that for all their faults and for all the doubts over the long-term future, Conte at Spurs could yet really work. Or it could all be over two months from now. And right now both seem equally plausible outcomes.