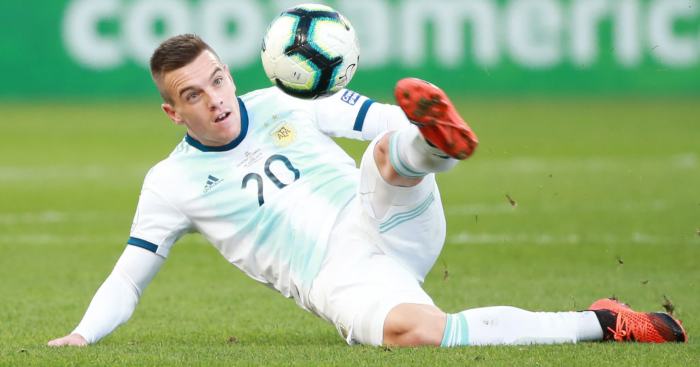 Tottenham have finally agreed a fee with Real Betis for Giovani Lo Celso with the midfielder agreeing a five-year deal, according to reports.

The Argentine midfielder has been heavily linked with a move to Tottenham over the last month as Mauricio Pochettino looks to strengthen his squad to mount a more credible title challenge this season.

The 23-year-old moved Betis from PSG on loan last summer with the La Liga side making the move permanent in April.

Despite the fact he has only been in Spain permanently for a matter of months, Pochettino has seen enough to convince him that the playmaker is worth bringing to north London – though the Spurs boss was giving little away when questioned about the player earlier in the week.

“Sell, buy players, sign contract, not sign contract – I think it is not in my hands, it’s in the club’s hands and (chairman) Daniel Levy,” Pochettino commented.

“The club need to change my title and description. Of course I am the boss deciding the strategic play, but in another area I don’t know. Today, I feel like I am the coach.”

However, Spanish newspaper El Transistor claims Spurs have finally settled on a fee of €60m (£54.6m) with Real Betis for the Argentinian – a deal which would make the midfielder their second costliest signing of all time behind Tanguy Ndombele, who arrived from Lyon earlier this summer.

And La Gazzetta dello Sport journalist Nicolo Schira has shed further light on the deal that will take Lo Celso to Tottenham, with the player thought to have agreed a five-year deal to the summer of 2024.

Furthermore, it’s claimed Lo Celso will €4m a year, which equates to £70,000 a week – a figure that will no doubt delight chairman Daniel Levy.

Assuming all goes to plan, Lo Celso will become a Tottenham player before the end of the weekend and will be their third new arrival of the summer after Ndombele and Leeds’ Jack Clarke.