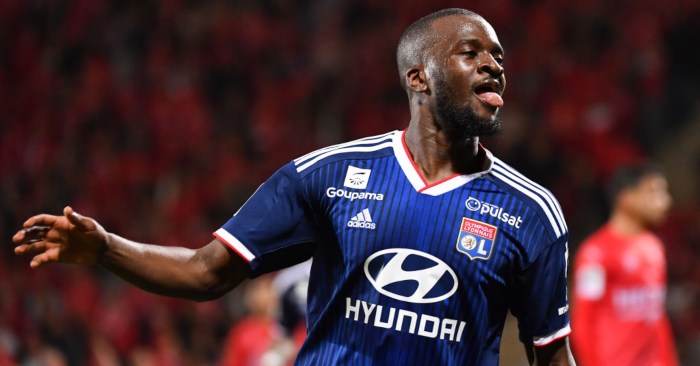 “Tottenham are a big club, they finished in fourth place in their league, they were Champions League finalists – which player would not be interested in a big club?”

Those quotes from Tanguy Ndombele jarred a little with those of us (well) over the age of 30, but the French midfielder is just 22 and to him the phrase “lads, it’s Tottenham” would mean nothing other than the excellent news that one of Europe’s most recently successful clubs were interested in his services. He would likely raise a quizzical eyebrow (we’re stereotyping here) at the word ‘Spursy’ and stare in awe at the truly breathtaking Tottenham Hotspur Stadium, before congratulating himself once again that the Champions League finalists want to sign this boy from Longjumeau, just two years after he was playing second-tier football in France.

Only historical bias forbids the rest of us from seeing Tottenham as a big club. In almost all respects, that is what they have become under Daniel Levy and Mauricio Pochettino. During the Argentine’s five-year tenure, they have amassed more Premier League points than either Arsenal or Manchester United and they have followed only Liverpool into a Champions League final. If you are now screaming ‘but what have they won?’ then you have utterly failed to understand the economics of football. By any measure at all, they have overachieved.

Should Ndombele choose to dig deeper, he would find Spurs tenth in the Deloitte Rich List, the last of the Big Six but with revenues greater than any club in Italy and most others across Europe, with only the money machines of Madrid, Barcelona, Munich and Paris dwarfing their numbers. He might also find that Spurs have recorded the most profitable season in Premier League history, though some would say that refusing to buy any players for 18 months is a policy that lends itself to profit. Dropped like tasty crumbs throughout this thread from Swiss Ramble are indications that Spurs are in a far healthier position than many of their rivals; their success on and off the pitch is sustainable.

Or at least it is sustainable with some squad surgery this summer. The entirety of Tottenham’s back five from the Champions League final was 28 or above, and there are obvious upgrades to be made across the park, particularly in central midfield. Ndombele is an incredibly impressive first step along that road; he is probably the finest midfielder available to a team just outside the elite. Indeed, Manchester City and Real Madrid have both been credited with interest in a man we saw against City in November and described as ‘phenomenal‘. Imagine Moussa Sissoko but with full control over his own feet.

In a week when we have talked about inflated fees for uncapped players, it’s worth noting that Ndombele has been in every squad for the world champions since October; three weeks ago he partnered Paul Pogba in central midfield. This is the kind of company he has become used to keeping, the kind of company that made his exit from Lyon this summer as inevitable as that of Ferland Mendy. He is a proper footballer. “He stinks of football,” was the verdict of one scout who let him slip through his grasp. “He is strong and precise. He feels the game. He is capable of creating lightning, to give rhythm to the game, to counterattack but also to press and regain possession.”

And he is joining Tottenham. This is hardly a Mesut f***ing Ozil moment, but it is close. And it is possible because of progress made in the 18 months we have spent laughing at Tottenham for making no signings; 18 months when they have opened a new stadium, reached a Champions League final and twice coupled European progress with European qualification. They might lack the worldwide exposure of Manchester United, but that’s an accident of history that a 22-year-old can and absolutely will ignore.

“It’s one of the biggest clubs in England, if not the world, and I’m delighted to be a part of it,” said Tottenham’s first summer signing Jack Clarke. It’s not a sentence you would have read five years ago but it’s a sentence you may well read again and again. Get used to it.