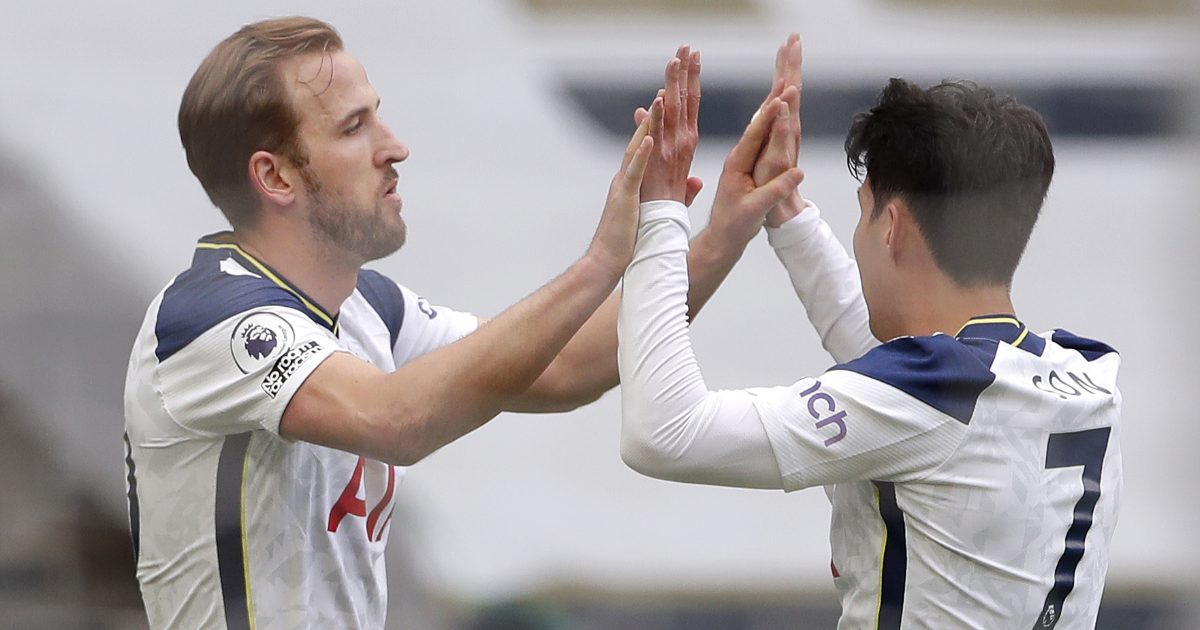 The happiest day of Charlie Kane’s life, where he got to tell everyone all about Daniel Levy agreeing to sell his brother for £160m and also less importantly got married, has once again aimed a swift kick in the knackers for a long-suffering Spurs fanbase who had just started to once again allow themselves to think that things might be okay.

But there are still some reasons for the most cautious of optimism at White Hart Lane 2.0 and that remains the case even if Kane does leave (and we still have some doubts there, which we’ll get to shortly)…

If Harry Kane does leave, that is a tidy windfall
Now there’s no point trying to spin ‘selling the best player in the division’ as a huge gleaming positive, and lord knows Spurs have done it before and not made the best job of reinvesting their winnings.

A few things about that Sun story before we get right down to it: first, it is very, very funny that every football journalist in the world just got scooped by a showbiz hack at a wedding. That’s undeniable.

The story also contains a great many compelling details – not just about the fabulous wedding where Charlie apparently spent the happiest day of his life with pound signs spinning in his eyes, chatting to the Currant Bun’s showbiz editor about the biggest transfer in the history of English football. But there are also things missing.

There is enough there that tells us this story isn’t just plucked from the arse of a writer usually more occupied with what Britney is doing or how Mel Gibson is trying to save her with religion or whatever. And everything that is there seems very plausible.

Piecing together the information and where it’s come from and when, we don’t need to work too hard to see who the Sun’s source is. He is also someone who clearly would know these details.

And we believe every one of those details, because there seems no reason not to. We already know Harry Kane wants to leave Spurs. It would make very good sense for Manchester City to be his preferred destination given his increasingly desperate need for some silverware. We can fully accept that the figure where Daniel Levy caves is as high as £160m. And Manchester City being willing to pay Kane £400k a week for four years seems absolutely spot on too.

But what The Sun’s story stops short of saying – either by accident or design – is whether City are actually going to spend that £160m. And that’s quite important.

Either way, though, there are reasons for Spurs to be optimistic. If City don’t stump up the cash, then Spurs keep the player who topped the goal and assist charts last season and that seems like good news.

If City do come up with the cash, Spurs have a huge amount of money to complete the ‘painful rebound’ that is a good three years overdue now. And they have it in the best possible transfer window given all the possible covid bargains there are out there.

Of course, what will make Levy fume is the fact that this is all now out there in the press, instantly inflating the prices everyone else will want for their players. But these were only ever reasons for cautious optimism, not a claim that all is rosy and peachy and marvellous. Losing Kane is and will be bad, but if £160m is Levy’s figure (and if anything it will go up as a result of being leaked) then that’s a very hefty blow-softener.

Levy is staying out of football matters
This is a very, very big one. Whether or not Fabio Paratici is in fact the right man to be left in charge of it all is another matter – and we’ll have a better answer there in a few weeks’ time – but this was a much-needed change in the way Tottenham works.

It really does seem as though Levy is letting Paratici get on with spending whatever money is available in the ways he sees fit. That can only be good news for Spurs; it’s just a question of how good.

Paratici’s targets seem pretty solid
Whacking great caveats abound here because nobody is actually signed yet and this is Spurs and things can and do go wrong frequently and hilariously when it comes to Spurs. And we remain far from convinced that Paratici isn’t just Baldini with a slightly better contacts book. But from the outside, Paratici does appear to have understood the level at which he is now operating and pitched his targets accordingly.

Some sketchy links with Antoine Griezmann aside, all the players Spurs appear to be after appear to fit in that sweet spot for a side trying to compete with the bigger boys. As in, they are all excellent players but just one notch below the absolute elite. There don’t appear to be fan-pleasing pipedreams here that end with “ah, we tried”. This is a genuine attempt at rebuilding a squad that desperately needs it.

And the right positions are being targeted. A back-up keeper who could potentially step up to first choice in a year. Literally any centre-backs. Even Bryan Gil, the most exciting and exotic of the players linked and one with an air of luxury, makes cold sense. Erik Lamela is going the other way (another correct decision when viewed coldly and brutally, but we will miss the daft Argie shithouse so) and Spurs also need to replace Gareth Bale’s ultimately quite sizeable contribution from last season.

It all appears to be far more sane and far less scattershot than the manager pursuit. Who Spurs vigorously pursue as the direct Kane replacement will tell us much more about this strategy.

They’re not just signing Mendes players
This is a genuinely massive positive. There was a genuine and understandable fear that Spurs could just become another dumping ground for Jorge Mendes players, but thus far that appears to have been unfounded.

With Nuno Espirito Santo making the right noises and by all accounts a good impression on a squad who had the joy sucked out of them by Jose, the desperately messy and undignified manager scramble might have a happy if largely fortuitous outcome.

That away kit absolutely bangs
Yer da thinks it’s just more evidence that the game has gone. The shirt’s design appears to be based on the birth of the universe in a nod to Spurs’ last trophy win. But it’s also not aimed at the people who hate it, and the ones who love it will absolutely love it. It is the Marmite of football tops. And whatever you think of it, you have to admire the commitment. If you’re going to do a strikingly mad away kit, then do it with your cock all the way entirely out, that’s what I always say. And we really like the fluo logos and badges. And even if the shirt is a bit much for you, some of the other bits and pieces in the new range are stone-cold classics.