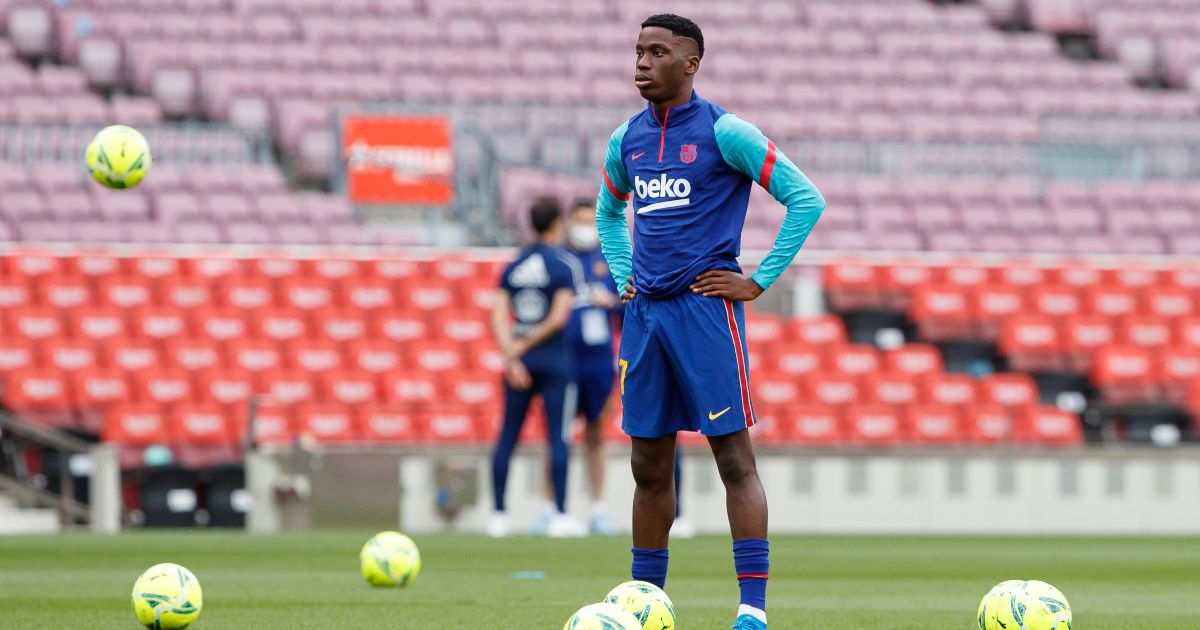 Tottenham are reportedly in ‘advanced negotiation’ with Barcelona over a move for Ilaix Moriba.

Barcelona have reportedly offered a salary of over €2million per season to the 18-year-old, but that’s not enough to convince him to remain at the club.

But even if Moriba doesn’t agree to new terms, Barcelona are said to be willing to see him enter the final year of his contract and leave for free next season, if a suitable bid doesn’t materialise.

MAILBOX: Ronaldo moving to Man City would be an act of betrayal…

They are said to be using the circumstances as a warning to other young players at the club, who will see Moriba shunned for the coming season.

Reports on Thursday claimed the Catalan club are ‘convinced’ that Chelsea will sign Moriba and are ‘willing to pay more’ to secure his signature, but now Spurs have emerged as potential suitors.

Mundo Deportivo (via Sport Witness) state that Fabio Paratici is a key figure in talks with Barcelona, with the Spurs director open to meeting their €20million asking price.

The La Liga side expect Spurs to ‘formalise an offer’ for the teenager in the ‘next few hours’.

RB Leipzig are also rumoured to be in the frame and have an ‘advanced agreement’ with the player, but the Bundesliga side are yet to meet Barca’s demands.

Sport claim Moriba’s agents are trying to convince Leipzig to raise their offer, which will need to be at least €15million for Barcelona to consider his sale.

The Spanish giants are ‘not bluffing’ and are willing to sacrifice €8-10million ‘for principles’, to serve as an example for other young players who refuse contracts and attempt to force through a move from the club.

Meanwhile, Spurs have also been linked with a move for Wolves star Adama Traore, who former Spurs goalkeeper Paul Robinson claims would “fit” right in in north London.

“He’s a player that I like. I think he has really improved in recent years.