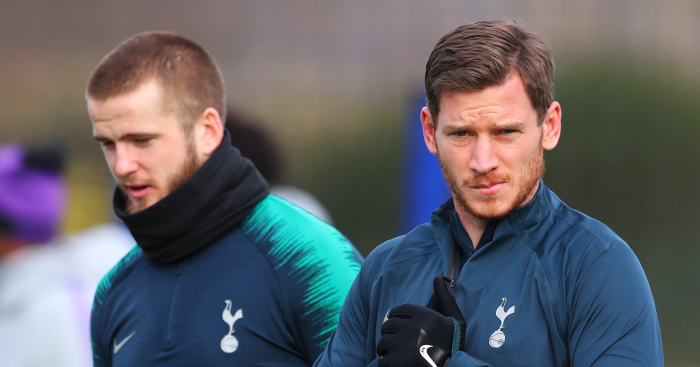 Harry Kane, Dele Alli and Danny Rose were not involved in Tottenham’s opening training session ahead of their Champions League game with Borussia Dortmund.

Kane and Alli are both making quick returns from respective ankle and hamstring injuries, which raised hopes they could be involved in the last-16 first leg at Wembley.

But neither were on the field as Spurs trained at Hotspur Way, with Rose also absent.

The left-back came off against Newcastle at the weekend, but Mauricio Pochettino will confirm whether he will be fit at his 1pm press conference.

Spurs later confirmed that Rose would face a fitness test on the shin wound he sustained against the Magpies.

There was better news concerning Eric Dier (virus) and Erik Lamela (back) who are fit again and in the squad.

Pochettino, talking about Rose, said: “It’s impossible for him to start from the beginning, we need to assess in the morning whether he will be on the bench.”