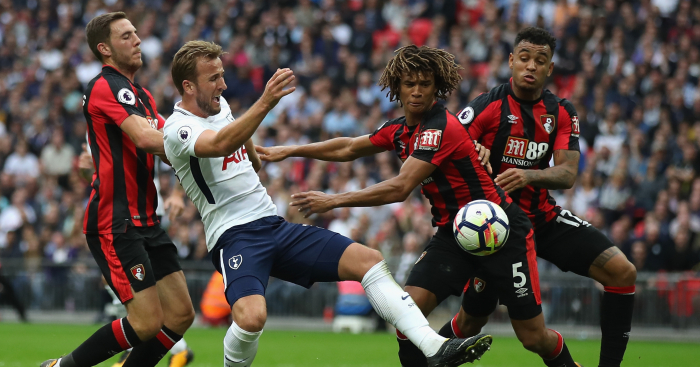 Tottenham have identified their ideal target to replace Jan Vertonghen at centre-half.

Vertonghen has one year left on his Tottenham contract, with the club seemingly no closer to negotiating an extension.

There is every chance that the Belgian could be persuaded to stay in north London, having enjoyed six successful years so far.

His long-term injury will even give him a chance to consider any proposals.

But Neil Ashton of The Sun, who is relatively well-connected when it comes to Spurs, says plans to replace him have already formed.

‘Tottenham are planning quite a clear-out as they prepare for life inside their sparkly new stadium at White Hart Lane,’ he writes.

‘With Bournemouth defender Nathan Ake moving to the top of their list for a new centre-half, Spurs are paving the way for life beyond Jan Vertonghen.

‘Michel Vorm, who struggled during Hugo Lloris’ absence last month, is on his way out next summer as the club eye a new back-up keeper.

‘Spurs will also listen to offers for central midfielder Victor Wanyama, while they are still trying to offload Mousa Dembele.’