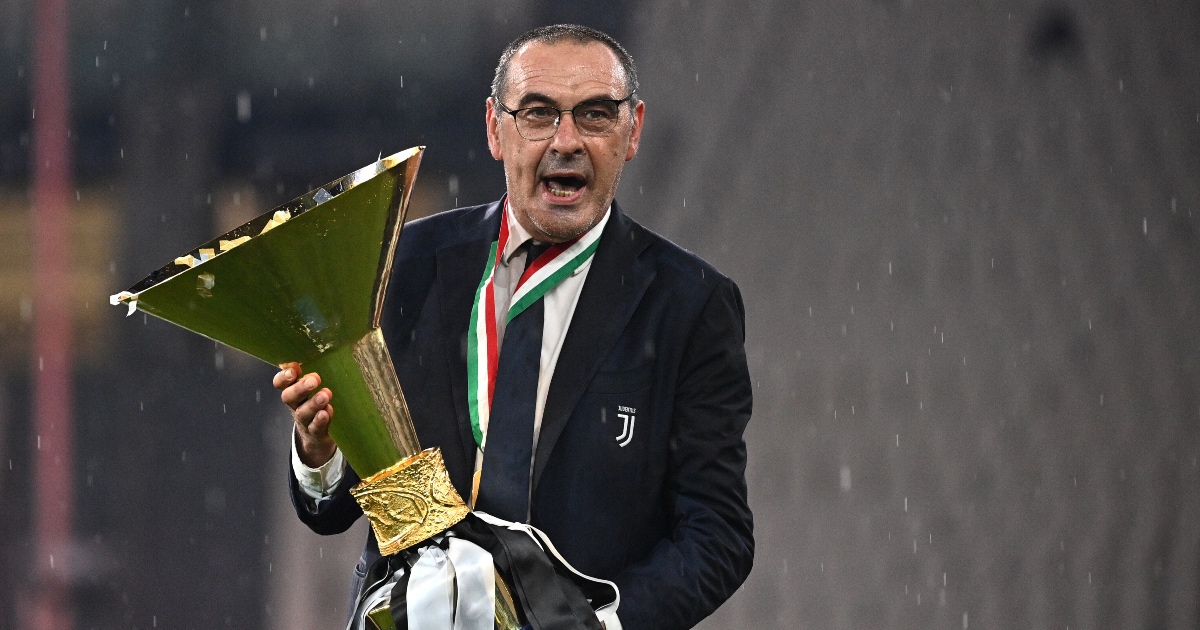 Spurs have held talks with former Chelsea boss Maurizio Sarri about their managerial vacancy, according to reports.

Jose Mourinho was relieved of his duties on Monday following a disappointing run of form.

The north London side are seventh in the Premier League after 32 games and were knocked out of the Europa League by Dinamo Zagreb.

One man linked with the Spurs hot seat is Sarri, who managed Italian giants Juventus from June 2019 until August 2020.

According to Italian source Calciomercato (via Sport Witness), Spurs have contacted Sarri about taking over as manager.

They’re lining up Mourinho’s long-term successor and Sarri is firmly in the race to get the job, as the North London club look to gain more backing on betting sites for some silverware next season.

The report calls Sarri a ‘controversial’ option given his links with London rivals Chelsea.

Sarri became head coach at Stamford Bridge in 2018 after impressing during his time with Napoli.

In his first and only season in charge, the Blues won the Europa League by beating Arsenal 4-1 in the final.

They lost in the Community Shield and the Carabao Cup final to Pep Guardiola’s Manchester City.

Despite the anticipated controversy, Spurs chairman Daniel Levy is thought to be a fan of Sarri.

The 62-year-old Italian made Napoli regular title challengers during his tenure. He moulded a team around Dries Mertens and helped them to finish third in Serie A in 2015/16.

In 2017/18, they finished on an impressive 91 points, just four behind eventual champions Juventus.

Sarri isn’t the only man under consideration at the Tottenham Hotspur Stadium.

Brendan Rodgers is another target, having transformed Leicester City into top four contenders.

The Foxes can finish third this campaign if they hold off David Moyes’ West Ham.

Rodgers could be tempted into a move, according to former Spurs keeper Paul Robinson.

Speaking about the Northern Irishman, Robinson said: “A lot of managers would walk down to London if they were offered the Spurs job and I think Rodgers is one of them.

“Tottenham are a bigger club than Leicester. You look where they are in the league and Leicester fans would argue differently. But when you look at the stadium and the squad at Spurs…

“Yes, Leicester have won the Premier League but they do not have the stature and the history of Spurs. There is no comparison.”