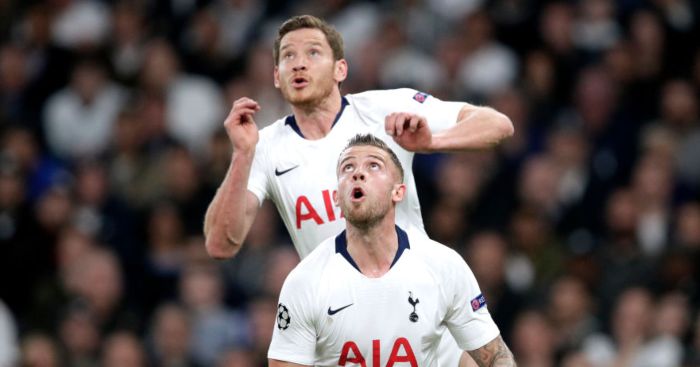 Tottenham defender Jan Vertonghen says he will write a “pros and cons” list to decide his his future.

The centre-back’s contract with Spurs expires at the end of the season, and there has reportedly been interest from a number of European clubs.

Napoli are the latest club that are said to be keen on the Belgium international, should Kalidou Koulibaly be sold.

And Vertonghen insists the decision will not be taken lightly, as doesn’t “want to regret anything”.

He told Belgian show De Kleedkamer (via Sport Witness): “I’m in a process right now that I have to grab a piece of paper and write down the pros and cons of the options I will have soon. I will really have to decide what I want in my career. In three to four years, I will normally return to the place where I will likely settle down.