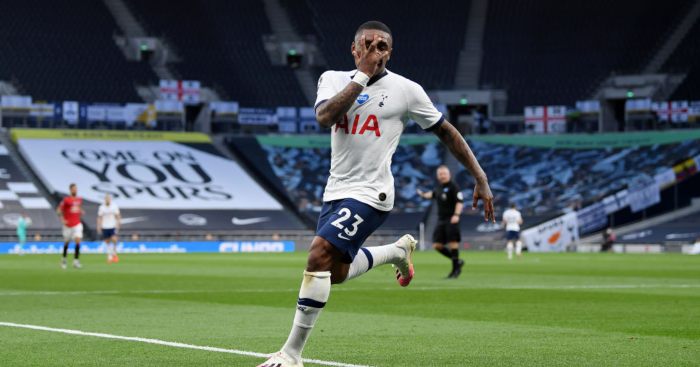 Spurs boss Jose Mourinho has revealed that Steven Bergwijn was not his first choice in the January transfer window but that it’s worked out to be a “great decision”.

Bergwijn scored Spurs’ goal on Friday against Manchester United in a 1-1 draw, with a fine piece of powerful play and he has made a big impact since joining from PSV in January.

But Mourinho has admitted the winger was not his first choice in the transfer market.

MAILBOX: Is this the end of Arsenal as consistent top four contenders?

“He’s a good player. Congratulations to my club because initially he wasn’t my first option – in the end it was a great decision,” Mourinho told journalists at his pre-match press conference ahead of Spurs’ clash with West Ham. “He’s a player with a bright future and we are more than happy.”

On injury news, Mourinho added: “It’s only good news [on the injury front]. Lucas is back. Dele Alli is back from punishment and no injuries were reported in the game against United. We didn’t lose any players and we have two extra players who make my squad really good. It’s the first time since I arrived that I have all six attacking players available.