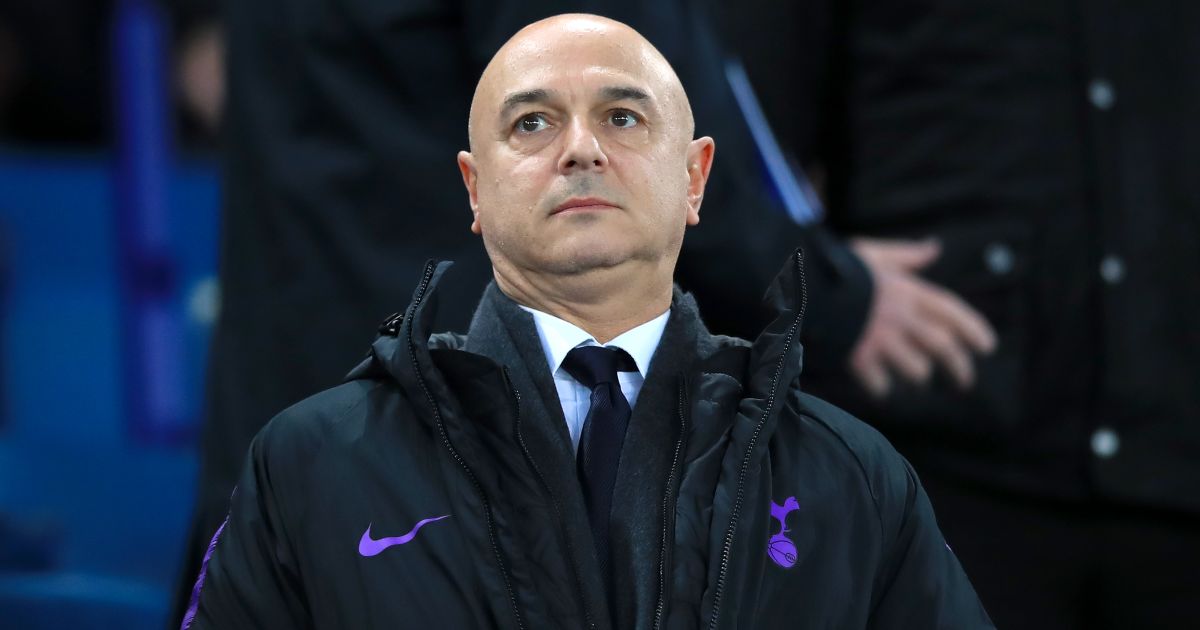 Spurs chairman Daniel Levy wants a straight cash deal if he is to sell Harry Kane this summer, according to reports.

Kane has reportedly told Tottenham that he wants to leave the club this summer, while he has spoken publicly about his desire to win team trophies before he retires.

Upon hearing this news, Manchester United, Manchester City and Chelsea have all reportedly enquired about the striker.

A report emerged last Wednesday claiming City were wiling to offer Raheem Sterling and Gabriel Jesus to Spurs plus cash in an attempt to lure Kane to the Etihad Stadium this summer.

However, it was also claimed that Arsenal were believed to be leading any Sterling pursuit which would thus throw City’s Kane deal into absolute turmoil.

The fact that Sterling and Jesus would probably find a move to Spurs – or Arsenal for that matter – as a huge step backwards means a deal is extremely unlikely.

But none of that matters because The Sun have dismissed their own story by claiming Levy ‘will demand a cash-only deal’ for Kane.

He ‘wants at least £150million for his England captain — if he is prepared to let him leave at all, that is’ as the Tottenham chairman comes with a ‘reputation for playing hardball in the transfer market’.

One thing is for sure though, Levy is ‘definitely not interested in “cast-offs” as part of a player-exchange deal’ for Kane and he ‘will dig his heels in to get what he wants’.

Levy has doubts that the Man City duo of Sterling and Jesus would want to play for Spurs, especially without Champions League football next season, while Sterling’s £300,000-a-week wages would be way too much.

The Sun adds that Man Utd, City and Chelsea have all ‘spoken to Kane’s representatives to stake their claim’ but that talks ‘have not yet begun with Levy’.

It is understood that ‘only money will talk’ to Levy as he is ready to keep Kane at the club with the Spurs striker having three years left on his contract in north London.