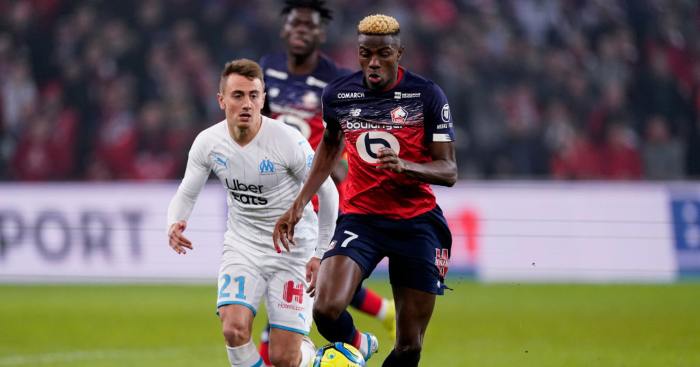 A report has revealed that Spurs were the club who made a £75m bid for Lille forward Victor Osimhen.

At the start of the month Telefoot claimed Lille had received an offer for the 21-year-old striker, who has been linked with Liverpool and Chelsea.

Le 10 Sport reported that Liverpool were leading the race for Osimhen and 21-year-old midfielder Boubakary Soumare, who is believed to be interesting some of the world’s biggest clubs.

However, according to Les Cahiers du Football editor Abdellah Boulma, the £75m bid, plus bonuses came from Tottenham.

Spurs will be in the market for a new forward this summer to provide competition for Harry Kane, but the financial impact of the coronavirus outbreak is likely to see them look for cheaper options than Osimhen.

Daniel Levy has not only lost revenue matchday revenue, but he has also seen crucial revenue disappear after the NFL pulled out of two games at Spurs’ new stadium in the autumn.

Inter Milan are also believed to be interested in a summer deal, while Newcastle have also been linked with talk that Osimhen favours a move to the Premier League.

The Nigerian international, only joined the Ligue 1 outfit from Belgian club Charleroi last July and still has four years remaining on his contract, and has hit 18 goals this season.