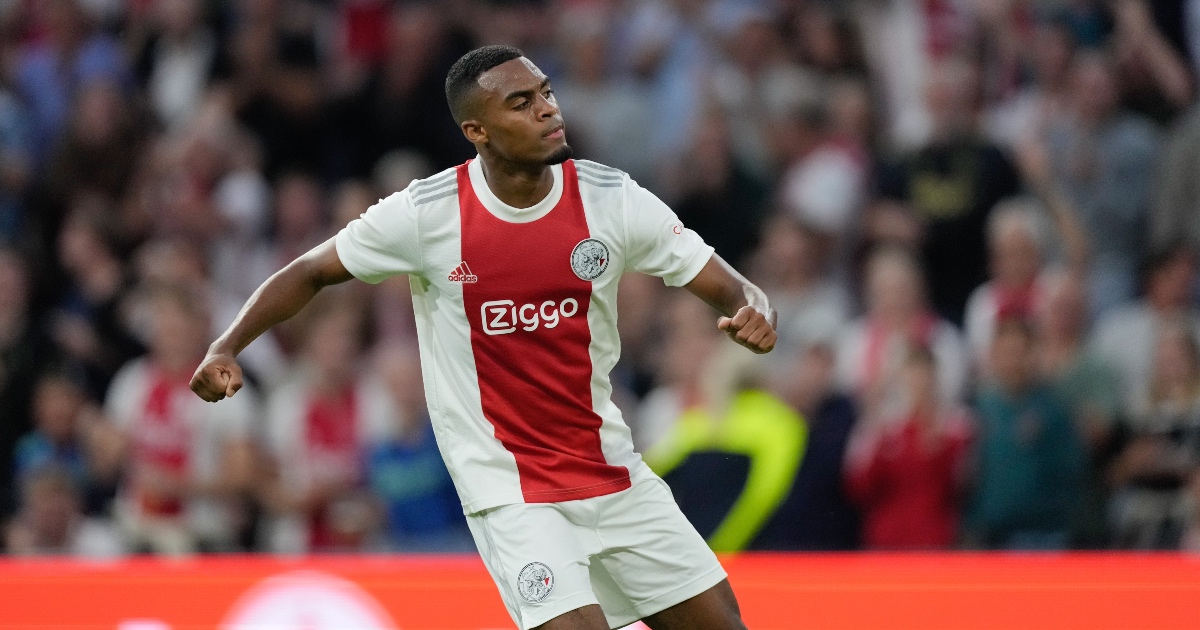 Tottenham have joined the race to sign 19-year-old Ajax midfielder Ryan Gravenberch, according to reports.

The Netherlands star, capped seven times at international level, is one of the hottest properties in the Eredivisie.

He has featured four times for Ajax so far this campaign, scoring one goal.

According to Fichajes (via CaughtOffside), Tottenham are monitoring Gravenberch’s situation ahead of a potential move.

They could submit a bid next summer, once the player enters the final 12 months of his contract. An alternative would be to try and sign him for free once his current deal expires in June 2023.

Spurs director Fabio Paratici has already brought Pape Matar Sarr to north London in recent weeks. It looks like the former Juventus chief is aiming to build one of the most talented midfields in Europe.

However, they will not be the only Premier League side chasing a deal. Liverpool were linked with Gravenberch’s signature earlier this summer, as a long-term replacement for the departed Gini Wijnaldum.

They remain keen as things stand, while Champions League holders Chelsea are also thought to be interested.

Despite his age, Gravenberch is already a key member of the Ajax squad. He made 47 appearances in all competitions last term, scoring five goals.

The central midfielder featured in both Champions League group matches against Liverpool. Jurgen Klopp’s side won them both 1-0 to progress in first place.

Ajax’s asking price is rumoured to be £30million. They would normally be able to command a larger fee for such a talent, but his contract situation means a reduced bid could be accepted in 2022.

Gravenberch looks set to become the latest Ajax academy graduate to move to one of Europe’s top five leagues. Steven Bergwijn, Matthijs de Ligt and Frenkie de Jong have been involved in major transfers over the past few years.

He told the Here We Go podcast: “Tottenham made a proposal for €70million plus €20million add-ons, to arrive to €90million total for Lautaro Martinez, the price tag that Inter were asking.

“The proposal was €70million guaranteed, €10million easy add-ons – really easy to be reached, appearances of the player with Tottenham – and €10million related to the most complicated part of Lautaro Martinez’s career, like winning titles.