Home All The News Spurs-linked Potter is ‘falling to the top’, says ex-Prem boss 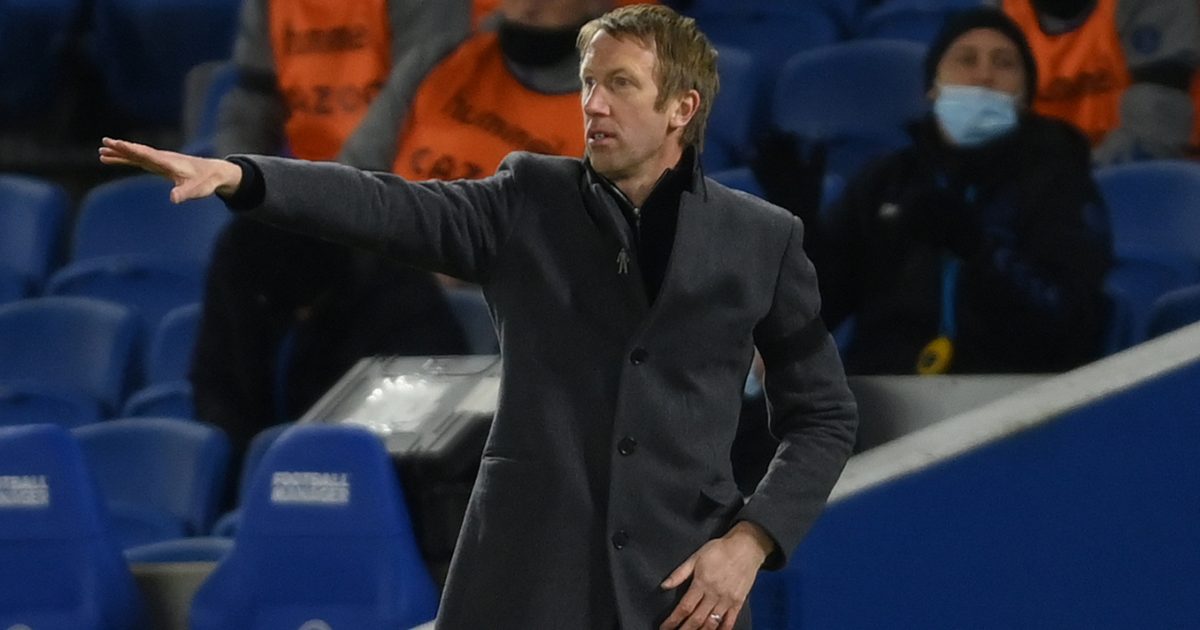 Brighton boss Graham Potter taking over at Spurs would be an “amazing fall upwards”, according to Lawrie Sanchez.

Spurs have been on the lookout for a new permanent manager since Jose Mourinho departed just short of three weeks ago.

Ryan Mason has taken over on an interim basis. He has two wins and two defeats in that time. Their defeats came to Man City in the Carabao Cup final and against Leeds United in the Premier League this weekend.

Potter is among the managers that have been linked with the Spurs job. But former Fulham boss Sanchez has told This is Futbol that he has not done enough to warrant the move:

“Graham Potter is one of those who is falling all the way to the top. He obviously did brilliant in Sweden, that is a fantastic story. Getting into Europe and beating Arsenal in the Europa League.

“He went to Swansea, he did ok, they wanted to keep him, but they sold him on to Brighton, he’s done ok, but hasn’t done a lot better than Chris Hughton.

“And now they’re talking about him falling into Tottenham, that’s an amazing fall upwards. But I don’t think it will happen. He’s talked about as a bright young thing without the results to back it up. This brand of football must produce results.”

Meanwhile, Potter has insisted that is “really happy” at Brighton despite being linked with Spurs:

“I think that’s the challenge of being a football coach, certainly in the modern day, there is speculation, positive and negative.

“It was only a few months ago I was answering questions whether I had the support of the chairman, so you’ve got to take these things with a pinch of salt.

“My focus is on here. I am doing as well as I can. I feel I have the support of the board, the players, the staff, we’re in a really exciting moment in terms of we’ve done a lot of work and we want to carry that on.

“We haven’t finished anything here, there’s a lot to do and I am really happy here.