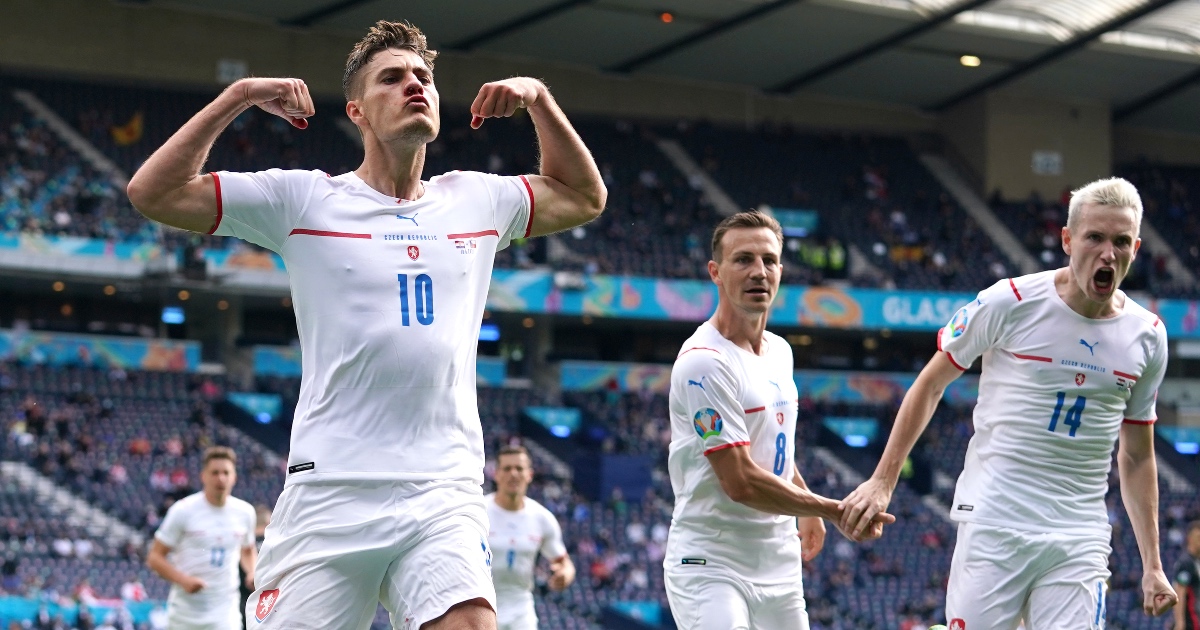 Spurs are reportedly ‘the most intriguing track’ in the Premier League for Patrik Schick, in a ‘logical’ move for the Czech Republic striker.

Schick has starred at Euro 2020 this summer, scoring five goals in five games, including one from halfway against Scotland, on the back of a decent campaign for Bayer Leverkusen.

He scored 13 goals in 26 starts for the Bundesliga side, who he joined for £24million from Roma last summer.

MAILBOX: Scenes when England take the knee outside Downing Street…

His form has caught the eye of Spurs, according to Gazzetta dello Sport (via Sport Witness), who are ‘the most intriguing track’ in the Premier League for the Czech Republic international, as they are ‘grappling with the Harry Kane case’.

Kane has spoken of his desire to seek pastures new this summer, with Manchester United and Manchester City linked with his signature.

But even if Kane remains at Spurs, new director of football Fabio Paratici will need to bring another striker in after Carlos Vinicius returned to Benfica after his loan spell with the club last season.

And the report claims ‘it’s logical that Fabio Paratici thinks of Schick to replace his striker’, since he wanted him at Juventus four years ago.

But potential suitors have been warned that ‘Leverkusen raise the barricades’, with any bid required to be ‘very high’ – around €40million.

Another option for Paratici and Spurs could be Danny Ings, the striker every Premier League club must want.

Ings has reportedly rejected the offer of a new four-year deal at Southampton.

But Ings has consistently hinted at his desire to play Champions League football after an injury-hit spell with Liverpool didn’t go to plan.

Southampton were said to be optimistic over a new deal after positive conversations with Ings and his agent, but The Athletic report that the latest offer of a four-year contract has been rebuffed.