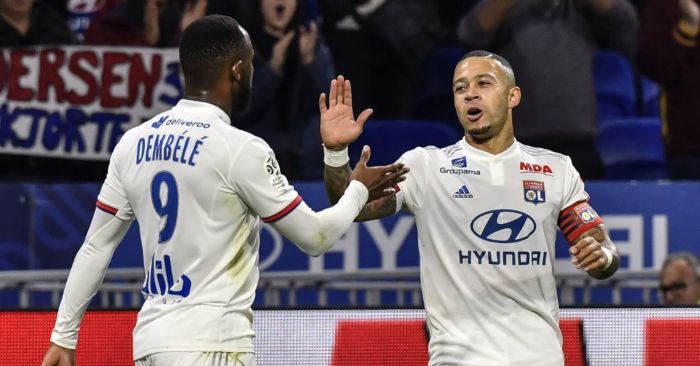 Depay joined United from PSV in 2015, struggling to impress before leaving for Lyon in January 2017.

United retain a buy-back clause but have yet to make their interest in re-signing the Dutchman known, with Tottenham seeking to capitalise on the situation.

The Sunday Mirror say they are ‘ready to make a move’ to bring him back to the Premier League for £50m, the player having ‘matured and gone from strength to strength’ in France.

Tottenham are among ‘a number of leading clubs’ keeping tabs on Depay’s progress at Lyon, having scouted him extensively in the Champions League in particular.

That has given Spurs the opportunity to watch Moussa Dembele, a player who attracted their interest at Celtic, but Depay has become their ‘main target’.