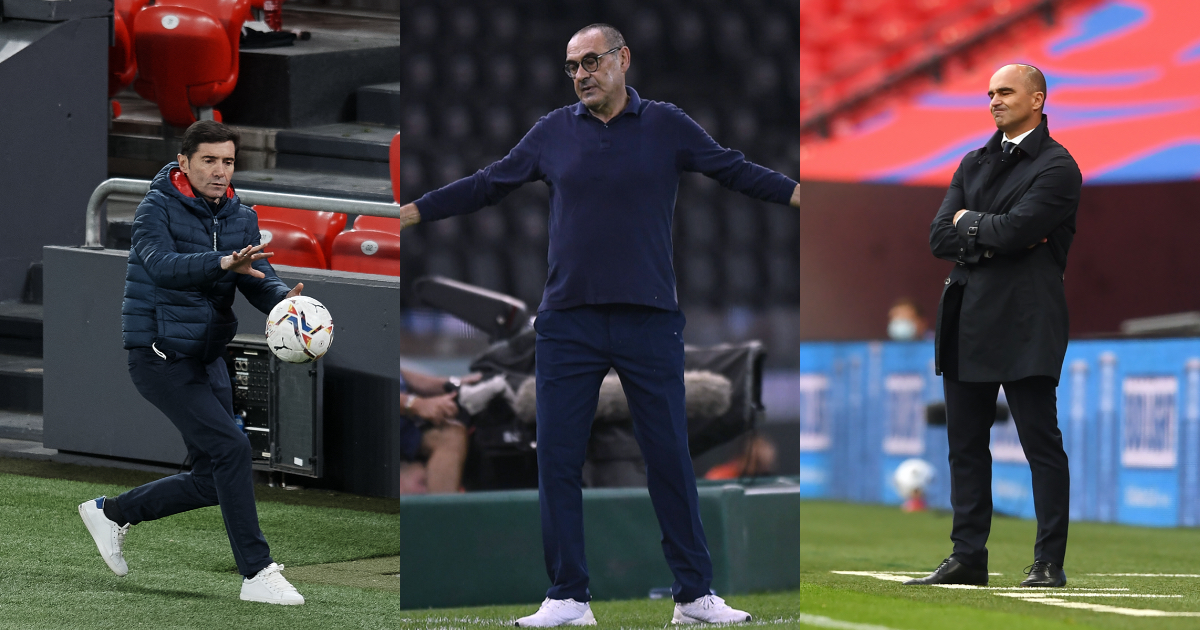 Tottenham have reportedly made contact with Athletic Bilbao boss Marcelino as Daniel Levy seeks a replacment for Jose Mourinho.

Spurs have confirmed that Ryan Mason will be in charge until the end of the season, with Levy’s search to have a new permanent boss in place for the start of the next campaign ongoing.

Mourinho was sacked on Monday morning amid the Super League furore after 17 months in charge in north London.

And according to The Athletic, Tottenham have already made contact with Bilbao boss Marcelino to replace him, with six other names touted to take over.

The 55-year-old Spaniard managed Sevilla, Villarreal and Valencia before taking the helm at Bilbao in January, before beating Barcelona in the Spanish Super Cup.

Marcelino is thought to be under contact until 2022, but clauses in that deal would allow him to leave this summer should Spurs pay an affordable compensation fee.

Reports in Italy have claimed that Spurs have also made an approach for former Chelsea manager Maurizio Sarri – currently without a job having been sacked by Juventus in the summer – having contacted his agent Fali Ramadani to offer the Italian the job.

But the chances of Nagelsmann being lured to north London are thought to be slim with the upcoming vacancy at Bayern Munich a more likely landing spot, particularly with Spurs set to miss out on a place in the Champions League next season.

Belgium’s Roberto Martinez is also thought to be in the frame, while Scott Parker has ‘won admirers at Tottenham’ for his work with Fulham this season.

The seventh manager said to be on the shortlist is Brendan Rodgers, who would “walk down to London” for Spurs, though he distanced himself from the job on Tuesday.

He said: “It’s football, there is always speculation around, every job which comes up there will always be different managers speculated to go in.

“I have a great connection with the players, the board and we have plans to keep progressing.”

Mason will be in charge of his first game on Wednesday night against Southampton, before the Carabao Cup finals against Manchester City on Sunday.