Home All The News Spurs, Man City target believes he can ‘compete’ with Haaland 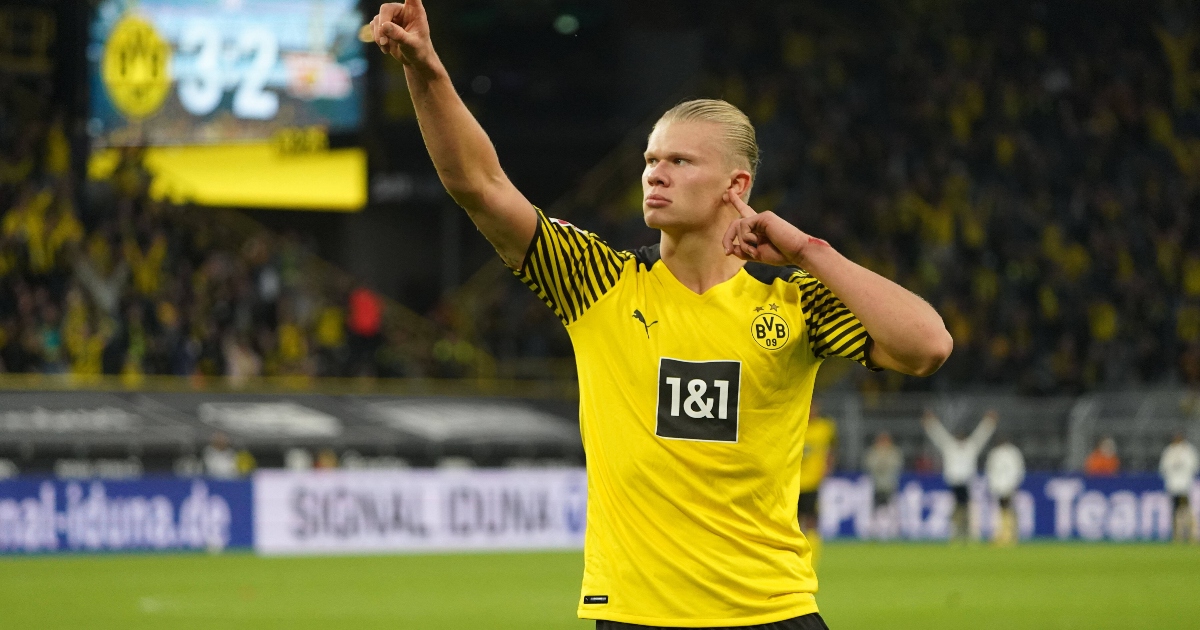 Fiorentina striker Dusan Vlahovic believes he ‘competes’ with Borussia Dortmund star Erling Haaland in every aspect of his game, besides pace.

Vlahovic was linked with Tottenham and Manchester City in the summer transfer window, but a move to either club seemed to hinge on the future of Harry Kane.

Both Spurs and Man City could go back in for the Serbian in January or next summer, however.

Earlier this month, Italian outlet Gazzetta dello Sport claimed City had put a €70million bid on the table for the Fiorentina talisman.

Also, Calciomercato claim Spurs are planning to make a ‘new assault’ to sign the striker, who is their ‘number one goal’ ahead of next season.

The Serbia international scored 21 goals in the Serie A last season and has scored five in as many games in all competitions this term.

Vlahovic scored twice in the Coppa Italia to get his season up and running. He also scored against Torino in a 2-1 win before bagging a brace in an impressive 2-1 victory away to Atalanta.

The 21-year-old has been compared to Haaland, who continues to impress in the Bundesliga and Champions League for Dortmund.

And the Fiorentina man believes he can give the Norwegian some competition in the goalscoring charts.

“He is faster than me,” Vlahovic told DAZN [via Football Italia]. “But for the rest, we compete.”

Unsurprisingly, the Norway star has started the season in tremendous fashion, scoring a double on Sunday in a 4-2 win against Union Berlin.

That was his third Bundesliga brace of the season, only five games in.

The 21-year-old’s ridiculous scoring record has made him one of the most sought after players in world football.

Elsewhere, pundit Tony Cascarino has predicted Man City will be ‘hurt’ by their failure to sign a striker in the summer.

Cascarino told talkSPORT: “We can only make a judgement really at the end of the season, but I’ve said all along, if you were prepared to pay £100million and a bit more for Harry Kane you definitely wanted a striker.

“You think you need one, because you made a bid for a striker that didn’t go over the line.

“The fact that you didn’t get that striker, now ‘it’s not a problem’, but it was a problem.

“Pep recognised he needed a centre-forward of a certain type. I think by the end of the season it will cost City the title.”