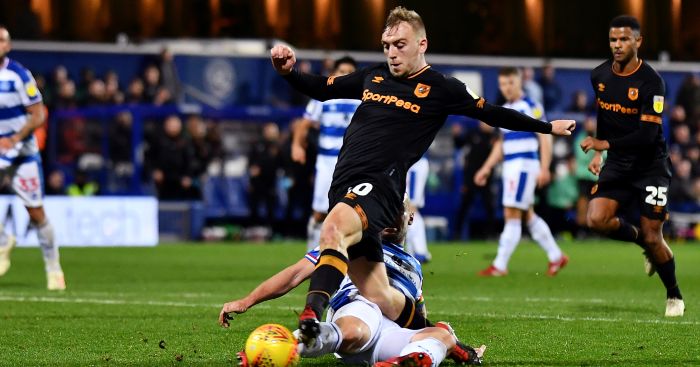 Tottenham could have to pay ‘at least’ £20million if they want to land Hull City winger Jarrod Bowen, according to reports.

A number of Premier League clubs are heavily scouting Bowen with the Tigers aware of interest in one of their star performers.

Sky Sports understands that Burnley have joined Tottenham in scouting the 22-year-old with Sean Dyche on the lookout for wingers.

After missing out on Aston Villa’s Jack Grealish in the summer, Mauricio Pochettino is reportedly still hoping to sign a homegrown talent capable of playing in the positions behind Harry Kane.

Hull are not under pressure to sell their prized asset with the club understood to want a fee in the same ballpark as James Maddison’s £24million move to Leicester City from fellow Championship side Norwich City.

Sky Sports have reported that ‘Tottenham may need to stump up at least £20million’ with Hull believing that Bowen is worth a ‘similar price’ to the likes of Maddison.

The Championship club told BBC Radio Humberside on Tuesday that Bowen was not for sale and manager Nigel Adkins reinforced that stance after the club’s 6-0 win over Bolton.

Adkins said it was “great the club are not looking to sell” and added: “We don’t want to lose him or any player. We are going well, climbing the table and have momentum.”