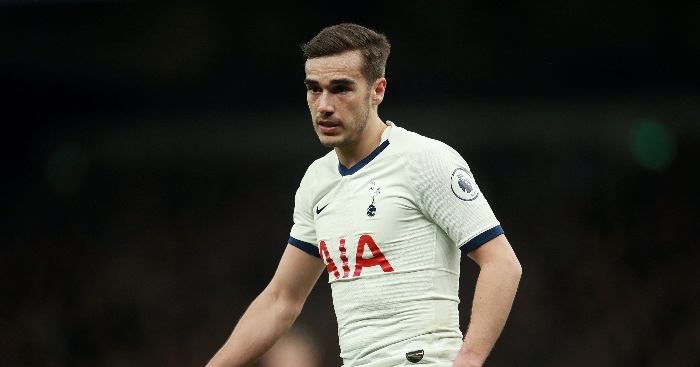 La Liga side Valencia have reportedly emerged as a surprise destination for Spurs midfielder Harry Winks.

The 24-year-old has been linked with an exit from North London after seeing his game time reduced this season.

Boss Jose Mourinho has given him seven Premier League appearances, although he failed to play between late October and mid December.

FEATURE: The pros and cons of shutting football down again

According to Spanish outlet AS (via Express), Valencia could now take the England international on loan during the January transfer window.

The report states that Winks has grown frustrated with his lack of playing time under Mourinho.

He has featured in their last three Prem games but rarely gets to play a full 90 minutes.

Winks’ game time has been affected by the form of fellow midfielders Tanguy Ndombele and Pierre-Emile Hojbjerg. Moussa Sissoko is also now back from injury, which is a big boost for the squad.

Valencia view Winks as a good option for the Spanish league due to his technicality and passing ability. He also has pre-existing links with Spain.

Speaking to ESPN in 2017, the midfielder said: “I’ve got Spanish grandparents and I’ve got a connection with Spain.

“But I consider myself English and I want to play for England. That’s what I’ve said all along.”

Valencia will have to compete with a number of clubs if they want to sign the player.

He’s already been linked with Everton, with former striker Kevin Phillips backing him to leave in search of regular football.

Speaking back in November, Phillips said: “If he was made available I think there would be many teams queuing up to take Harry Winks.

“Someone like Everton could be good. If they were not to get hold of Isco perhaps Winks could play there.

“I sympathise with him. He never lets the team down when he plays and credit to him, he wants to play football.

“It will be interesting to see if he gets the opportunity to go somewhere.”

It looks like Valencia will rival Everton for Harry Winks during this month’s transfer window.