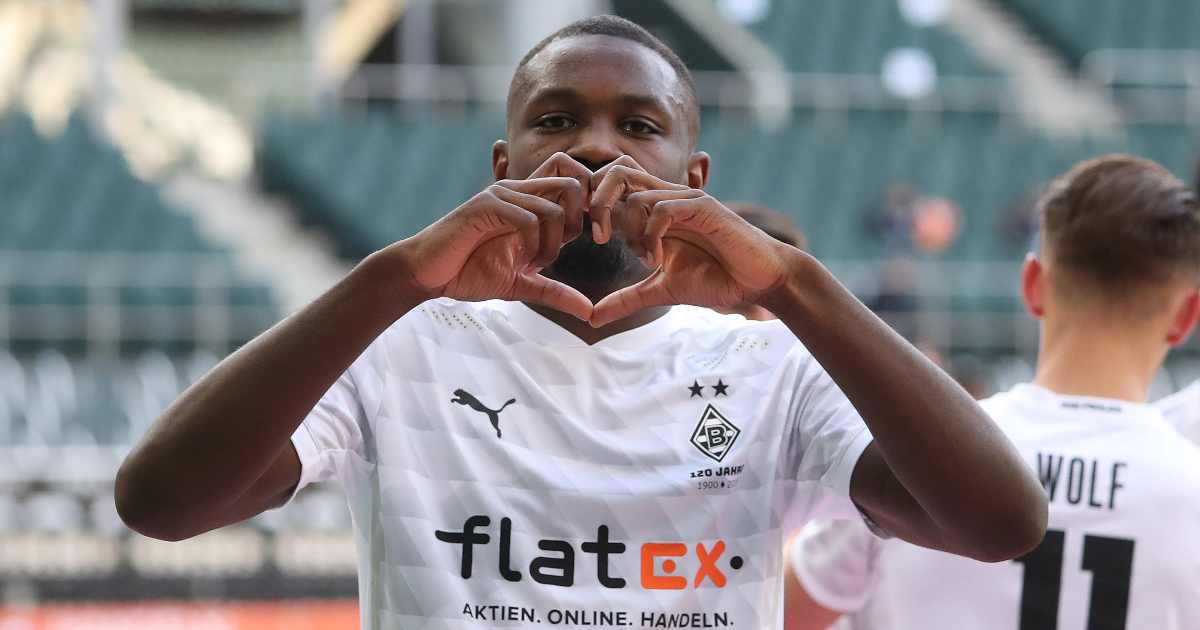 Tottenham have been dealt a blow in their efforts to sign Borussia Monchengladbach forward Marcus Thuram.

Bild have claimed that the £26million release clause in Thuram’s contract has expired, meaning that potential suitors may have to pay more for a transfer this summer.

The report from the German outlet does suggest that the Frenchman could still leave Gladbach, and Spurs remain interested in the 23-year-old.

However, with the combination of a higher fee and the north London club only qualifying for the Europa Conference League next season, it remains to see whether Spurs will pay the new asking price.

Thuram is currently at Euro 2020 with France but has not featured for the world champions in their first two games against Germany and Hungary.

Spurs do have more pressing concerns as things stand, as the club are without a manager after Jose Mourinho’s sacking in April.

The latest development in the managerial drama at Spurs suggests that they will appoint Nuno Espirito Santo.

Nuno has also been linked with the vacant role at Everton, but Tottenham’s sporting director Fabio Paratici reportedly wants to appoint Nuno as the new manager.

Paratici is a big fan of the 47-year-old following his great success at Molineux. He guided Wolves back to the top flight in 2018/19 and subsequently recorded back-to-back seventh-place finishes.

His final season was less fruitful as the West Midlands side finished 13th with 45 points. But it seems that won’t impact his potential appointment.

The club’s search for a manager so far has been bizarre, with a new name being linked with the job every few days.

Conte launched an apparent attack on the club when discussing why his move broken down.

He said: “Money is not my obsession.

“I look at projects and I’m ready to stay at home if they don’t convince me.

“I like difficult challenges but if there is something with a club that does not convince me, I prefer to say ‘no, thank you.’”