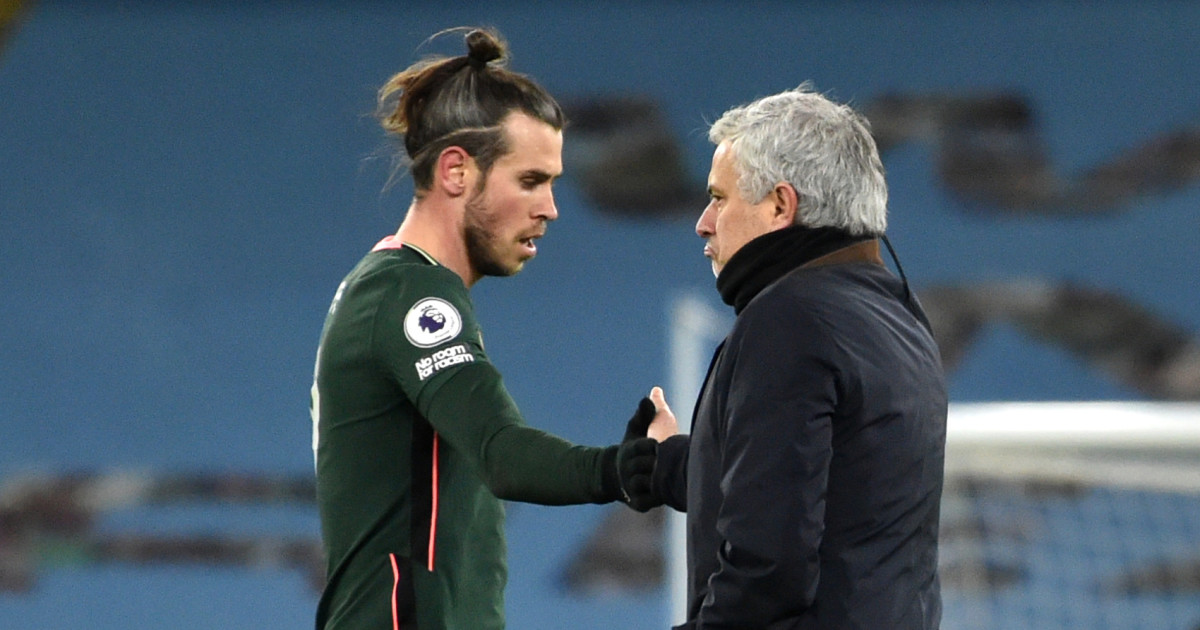 Spurs have a fundamental problem, with two things equally true yet in total conflict: Daniel Levy is not going to sack Jose Mourinho, yet things cannot continue as they are.

So everyone, Mourinho included, is going to have to make the best of it. However much he may revel in his self-destructive antics and maintain in public that he is a coach “second to none” even he must know that simply isn’t true any more.

There will be another club willing to look past his current faults and take a punt on the great man having one last special season in him, but the calibre of that club might just be defined by what happens over the next few months. For now Spurs are stuck with Mourinho, he’s stuck with Spurs, they might as well make the best of it.

First, that’s going to need Mourinho to accept some stuff, in private at least. He lashed out even more than usual after the West Ham game, and that’s interesting for a couple of reasons. It might simply be that he’s feeling the pressure more than ever after a fifth Premier League defeat in six.

But is it just possible that what he saw in that second half spooked him a bit? Because after West Ham’s second goal and certainly after Lucas Moura headed Spurs back into the contest, something happened. Spurs started playing. Really playing. Some of the best football they’ve played in months.

That’s a low bar to clear, but it’s what happened. Gareth Bale was at the heart of it, looking the Premier League part for the first time since his return from Madrid.

Now the match context played a part of course. After going 2-0 up, West Ham made a conscious decision to sit deep and play on the counter. To Mourinho Mourinho. And quite right too.

But those last 30 minutes served as a reminder of something Mourinho has kept well hidden over the last couple of months. This Spurs squad is not dreadful. These are not all terrible players. They can play football.

The fightback didn’t get Spurs anything at West Ham in the end, but it showed another way for this team to play. An approach that seeks to maximise the strengths of Harry Kane, Heung-min Son and Gareth Bale rather than minimise the weaknesses of Davinson Sanchez or Matt Doherty.

It has to be a better way. Especially for upcoming matches against Burnley, Palace and Fulham. Even if we take Mourinho’s constant laments of individual errors at face value, rather than pause and wonder at what point do individual errors cease being individual and start being endemic when they happen every game to half-a-dozen different players, it is still the way forward.

It’s one thing for Mourinho’s low-block-and-counter to rely on near faultless football from Kane and Son; the problem is its reliance on it from the far more limited players at the other end of the pitch.

Spurs aren’t just making ‘individual’ errors, they are making costly individual errors because the system both makes such errors more likely by constantly inviting pressure while also making them stand out because they are more likely to have a direct impact on the result.

Those costly equalisers that turned so many wins into draws even before the current horror run could easily have been no more than consolation goals, the errors that led to them now long forgotten.

Whether through their own frailties, Mourinho’s high-wire tactical demands or a combination of both (it’s the last one) Spurs don’t have a defence that can be relied upon to consistently shut a game down at 1-0 or even to stay in one at 0-0. So don’t ask them to. Spurs do have an attack that can put two or three goals on any team.

So Mourinho has a decision here. The reports from The Athletic about disquiet among Spurs players about the near total absence of attacking training are both utterly extraordinary yet oddly mundane. It is on the face of it an astonishing thing to suggest about any manager, never mind one who earns £15m a year and still considers himself the best. Yet it also elicits a shrug of the shoulders because, ridiculous a notion as a manager who can’t or won’t coach half the team is, it’s not really anything we couldn’t all deduce from watching Spurs play.

If he can’t or won’t change, then his best plan between now and the end of the season is simply to unleash Kane, Bale and Son and see what happens. Kane and Son are obviously his two best players, but Bale is the unlikely key here. Like Kane and Son, he knows his own game and what he wants to do. Those three are the ones best able to get on with it among themselves, without Mourinho’s help. He should let them.

Suddenly placing this much trust in Bale on the back of a good game against weak Europa opposition and one good half in defeat at West Ham is a stretch, but desperate times call for desperate measures.

Play it right, and for all his failings Mourinho is still pretty good at this, can even take credit for Bale’s resurrection. It’ll be bollocks, of course, but that’s never stopped Mourinho before and it surely won’t now. He’s already started talking Bale up again after spending the whole season negging him.

Spurs could, theoretically, still end up with two trophies this season. And despite everything that Mourinho has tried to make the fans and everyone else believe in the last few weeks, they have players capable of doing it. Bale’s whole schtick in Madrid was scoring massive goals in Champions League finals, for crying out loud.

Of course, if he does win the Carabao or the Europa League, then Spurs are stuck with him anyway until the whole dance resumes again some time around October.

We did say best option, not perfect option.