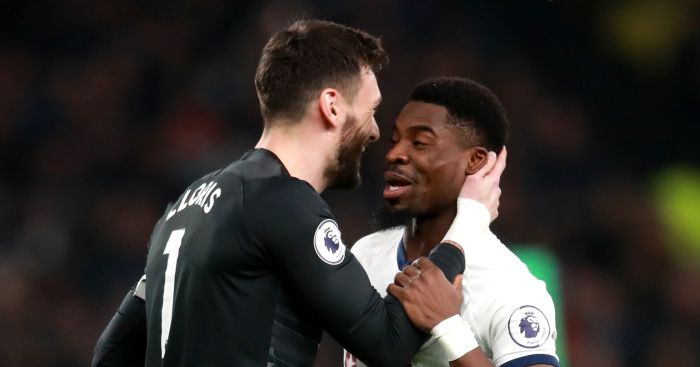 We scrambled around and just about managed to piece together five players for Spurs to build their team around next season. Now for the different yet equally arduous task of cutting the list down to just five players they need to move past.

Serge Aurier
An absolute menace in both penalty areas and frankly terrifying to watch. Spurs have gaping holes everywhere, but if they don’t sort themselves out with a right-back who is at least borderline reliably competent before next season it would be classed as negligence bordering on criminal and literally everyone involved should be arrested and thrown in jail. Spurs need to reset and next season might need to be a first step spent aspiring to little more than dreary competence. Dreariness and competence are not words readily associated with Spurs’ mercurial loon of a right-back. Not even his throw-ins are dreary or competent.

Hugo Lloris
Really, he’s been a disaster area for longer than anyone cares to admit. Even in his greatest hour, captaining his country to World Cup glory, he still managed to throw one in his own net. Spursy, that. Still comes out really, really well on raw stats but anyone with functioning eyes knows the real story. The errors are just too frequent and too costly. Whether Spurs’ general defensive strife is a cause or a symptom of Lloris’ fallibility is uncertain, but a goalkeeping upgrade is now long overdue. That this issue hasn’t been absolutely front and centre for at least 12 months is testament to both Lloris’ previous excellence and (mainly this one if we’re honest) the sheer number of other horrifying flaws in the squad, but it’s time. It’s time.

Jan Vertonghen
What an absolute warrior he’s been. Has been there through it all – he signed for the club what seems several millennia ago, barely a week after AVB was appointed manager, for goodness’ sake – making well over 300 appearances as Spurs came, saw, put the pressure on, didn’t quite conquer, and then finally sloped back to mid-table whence they came. A truly brilliant and inspirational centre-back whose own Spurs career trajectory, for both good and bad, largely mirrors the club’s. For three seasons from 2015 to 2018 he and compatriot Toby Alderweireld were as good as any defensive combination in the country. Such is the mess of the current squad that there may well be a place in it for him if he wants it as a left-back, but the cold, harsh truth is that it might be best to walk away while he can still be fondly remembered as SuperJan. Either way, he is not and cannot any longer be a first-choice pick – and certainly not in the centre of defence.

Lucas Moura
We’ll always have Amsterdam and, to a slightly lesser extent, that other hat-trick against Huddersfield. But he is a gravely limited footballer and it’s still not really clear what, if any, is his best position after all this time.

Eric Dier
We’ll always have the battle of Stamford Bridge and, to a slightly lesser extent, that time he climbed into the stands looking to throw fists after losing to Norwich. But he is a gravely limited footballer and it’s still not really clear what, if any, is his best position after all this time.