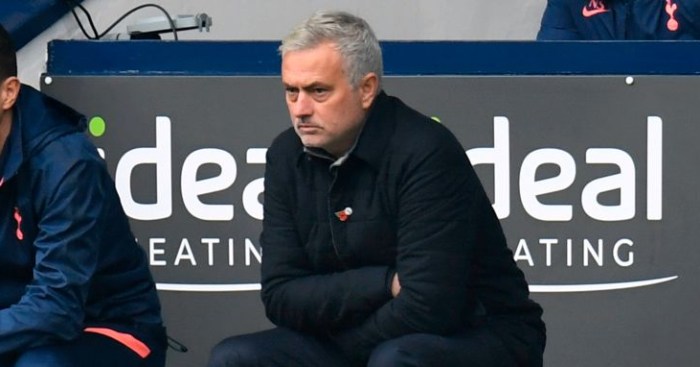 Tottenham boss Jose Mourinho has made his negative feelings towards the current international break clear with a sarcastic Instagram post.

Mourinho has seen the majority of his Spurs squad leave the secure Premier League bubble to jet off across Europe – and further in some instances – to take part in friendlies as well as Nations League matches and World Cup qualifiers.

To darken his mood further, right-back Matt Doherty has tested positive for coronavirus after he played for the Republic of Ireland against Wales on Sunday, while Son Heung-min was forced to quarantine in a hotel in Austria after six of his South Korea team-mates caught the virus.

In an Instagram post dripping with sarcasm, Mourinho posted a picture of him doing some weights in the gym with the caption: “Amazing week of football. Great emotions in the national team matches, superb friendlies and total safety.

“Covid test results after matches been played, randomers running on the pitch while team sessions are taking place and much more.

“After another training session with only 6 players, it is now time to take care of myself.”

Doherty, who was pictured hugging team-mate Gareth Bale after the final whistle against Wales, will miss Tottenham’s game with Manchester City on Saturday night.