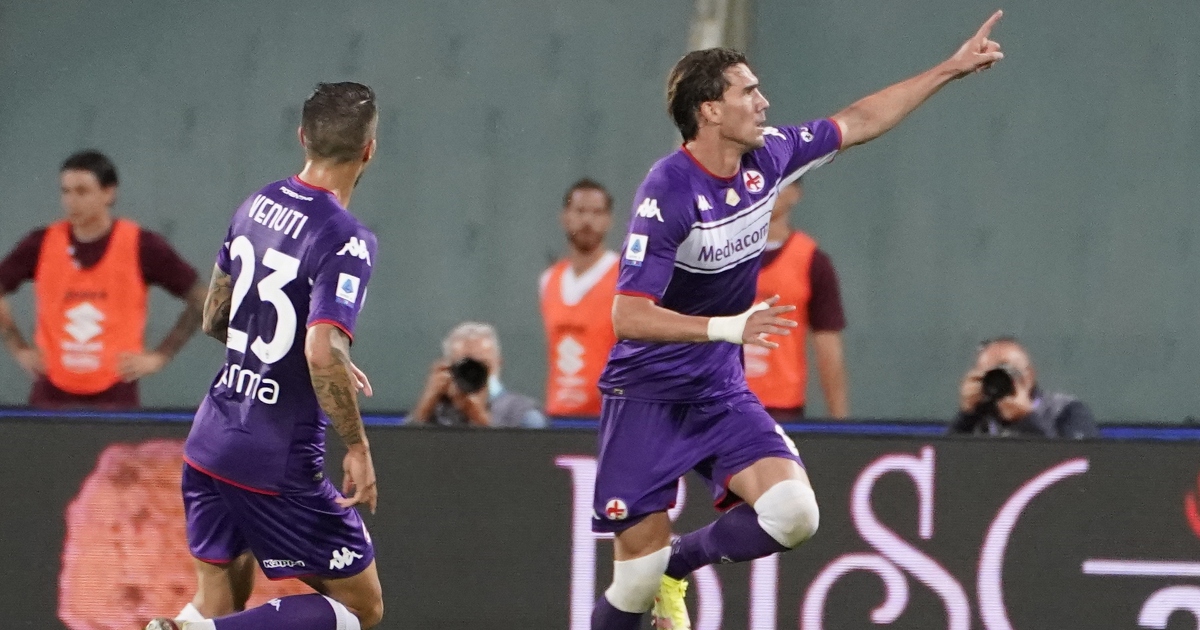 Tottenham are set to make a ‘new assault’ for Fiorentina striker Dusan Vlahovic next summer, according to reports.

The Serbian international was linked with a number of top European clubs, including Atletico Madrid, Manchester City and Spurs, who are said to have seen the striker as a potential replacement for Harry Kane, had the England captain moved to City.

He’s scored five goals already this term after 21 for Fiorentina last term and Spurs are set to reignite their interest next summer.

That’s according to Calciomercato (via Sport Witness), who claim Nuno Espirito Santo’s side plan to make a ‘new assault’ to sign the striker, who is their ‘number one goal’ for Tottenham ahead of next season.

Fiorentina are attempting to tie Vlahovic down to a new contract as the player himself confirmed while explaining why he remained with Serie A side this summer.

Spurs dropped their first points of the season on Saturday, losing 3-0 to Crystal Palace at Selhurst Park.

And Nuno says his side were punished for making “a lot of mistakes”.

He said “There were a lot of obstacles, but a lot of mistakes also, so not a good game. We didn’t know how to play the game and things get harder and harder with situations that happen.”

Santo was also asked about Japhet Tanganga’s red card and said the sending off was not an excuse for a disappointing performance.

He added: “I didn’t have a chance to see. From where I am, I don’t know, but the referee does his job, it’s not about that.

“But the referee is something that we don’t speak about, we don’t mention. We have to look at ourselves and today we didn’t play well.”