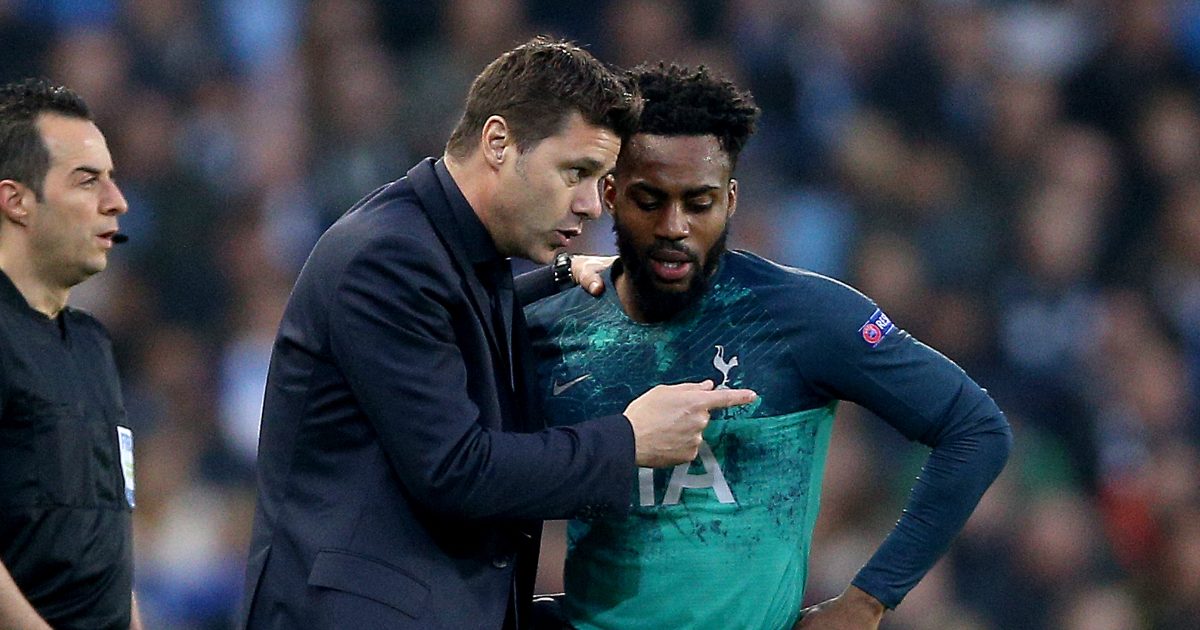 Spurs outcast Danny Rose had a “special” bond with former boss Mauricio Pochettino during their time together.

Rose came through the ranks with Leeds before he joined Tottenham in 2007. After several loan spells away, he established himself as a first-team regular during the 2013/14 season.

The defender was a mainstay under Pochettino and the duo enjoyed a lot of success together. He started in the 2018/19 Champions League final against Liverpool.

But since Pochettino was replaced by Jose Mourinho has fallen down the pecking order at Spurs. He spent the latter half of last season on loan at Newcastle and he has not made a single appearance this term.

“Danny Rose and Pochettino – he was literally the son of Pochettino!

“I’m sure he won’t mind me saying that. They would go on romantic walks around the training ground. He was always in his office. They had a special bond.

“They were in the office a lot and there were a few occasions were they went on a walk around the training ground having a deep one-to-one conversation.”

In October 2020, Mourinho admitted that Rose was not part of his plans for Tottenham:

“Danny is not part of our squad. Danny wanted very, very, very much to leave in the January window last season. Why? Because he wanted to play and play and play.

“He went to Newcastle and in that moment I had immediately the feeling that a player with his mentality, his desire of being always first choice, always because he didn’t hide that he was thinking of the national team and the Euros, I always thought that our future would be Ben Davies and, at that time Ryan Sessegnon.

“Then later we got the opportunity to get [Sergio] Reguilon and that was also good for Ryan because it gave him the possibility to leave and to play and to have this experience in Germany [on loan at Hoffenheim], also for a kid to grow up it was great for us.

“So in this moment we had Ben Davies, Ryan Sessegnon and Reguilon. It’s as simple as that. Danny didn’t become part of our plans.