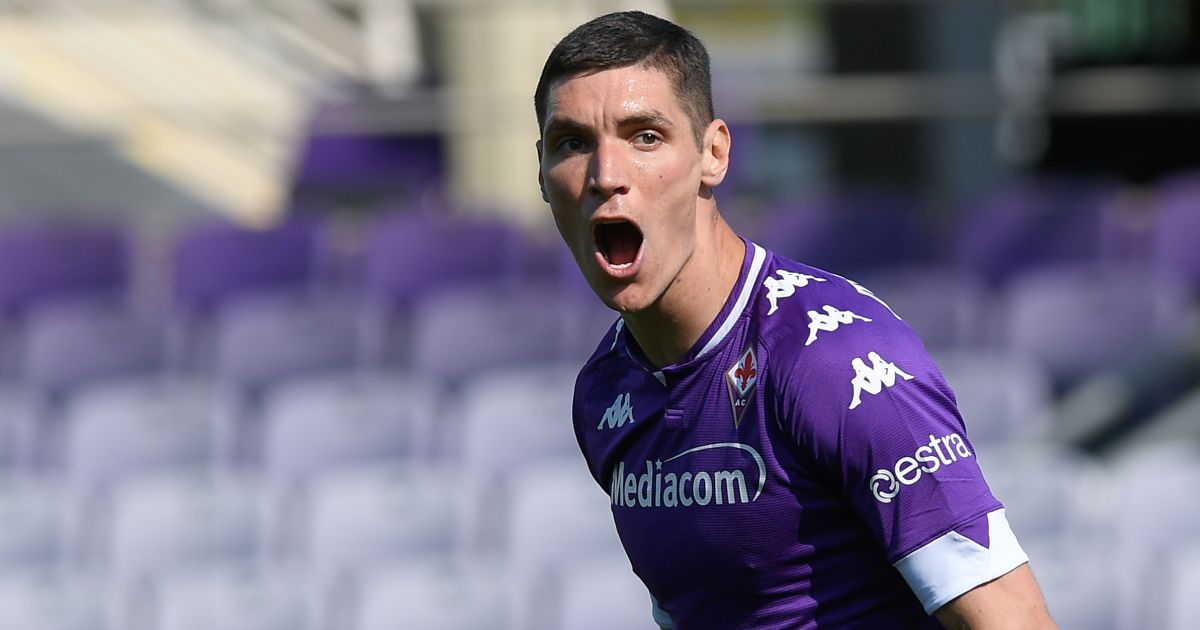 Spurs are ready to leapfrog Premier League rivals West Ham in the race for Fiorentina defender Nikola Milenkovic, according to reports in Italy.

The 23-year-old came through the youth ranks at Partizan Belgrade before getting a move to the Viola in 2017, where he has made 127 appearances in all competitions.

He scored three goals in 34 Serie A matches last term but couldn’t help Fiorentina finish any higher than 13th position.

At 6ft 5in Milenkovic cuts an imposing figure and numerous clubs are interested in buying him this summer, including some from the Premier League.

Manchester United have been the main team linked with the Serbia international over the last couple of seasons but – after completing a deal for Raphael Varane – that now seems unlikely.

London clubs West Ham and Tottenham are the latest two clubs to have serious interest in Milenkovic and the Hammers ‘asked for information’ on him earlier this month.

He was first linked to Spurs as a cheaper option for Cristian Romero but he complated his move to north London earlier this month.

Tottenham are still in the market for another centre-back with Bologna defender Takehiro Tomiyasu the most likely incoming – but Italian journalist Alfredo Pedullà now claims that Spurs ‘can overtake’ West Ham in their efforts to sign Milenkovic.

The defender ‘will leave Fiorentina’ this summer and Spurs’ interest is understood to be ‘more than legitimate’ while West Ham ‘does not close’.

The Hammers ‘prepared a slightly higher figure of 15 million plus bonuses’ but now it’s Tottenham’s chance to offer even more.

Meanwhile, Spurs boss Nuno Espirito Santo expects Harry Kane to remain at the club this summer but admits “anything can happen in football”.

“We have our squad, we have our Spurs players,” Nuno told BBC Radio 5 Live.

“We have to commit them but we have to know that 31st of August is sometimes not in your hands. All the managers in the Premier League have the same feeling that I have – trying to finish the window and settle down.

“Harry is [training] with us, he worked on Sunday morning and he’s getting ready to help the team.

“We don’t expect [something to happen before the transfer deadline but] we have to be ready to act if necessary because until the 31st anything can happen in football.”