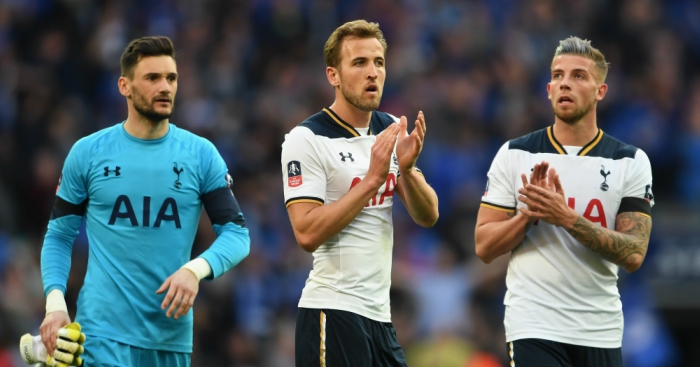 Hugo Lloris and Toby Alderweireld have both cast doubt on their long-term Tottenham futures.

Both players have formed the backbone to Mauricio Pochettino’s revolution in north London.

Lloris joined from Lyon in 2012, with Alderweireld following him to White Hart Lane three years later.

But neither player is considering a retirement plan that involves ending their careers in the Premier League.

Lloris, when asked by Telefoot whether Tottenham will be his last club, replied: “I do not think so.”

The club captain went on to say he had received no offers from other sides this summer, adding that a move to Monaco does not appeal to him.

Alderweireld also discussed his future in an interview with De Telegraaf, and offered similarly scant assurance.

“Never say never,” he said when asked about a return to former club Ajax.

“At this moment in my career I don’t think about that yet. I think I can go on for years at this level. If I ever did, it is not to take it easy.

“I do not want to be 36-years-old and can hardly walk. When I return, I certainly want to leave something. And not only in the dressing room.

“Of course it is close to home in Belgium and I have a bond with the club, because I played football at Ajax for eight years. Achieving championships, the third star, experience.”