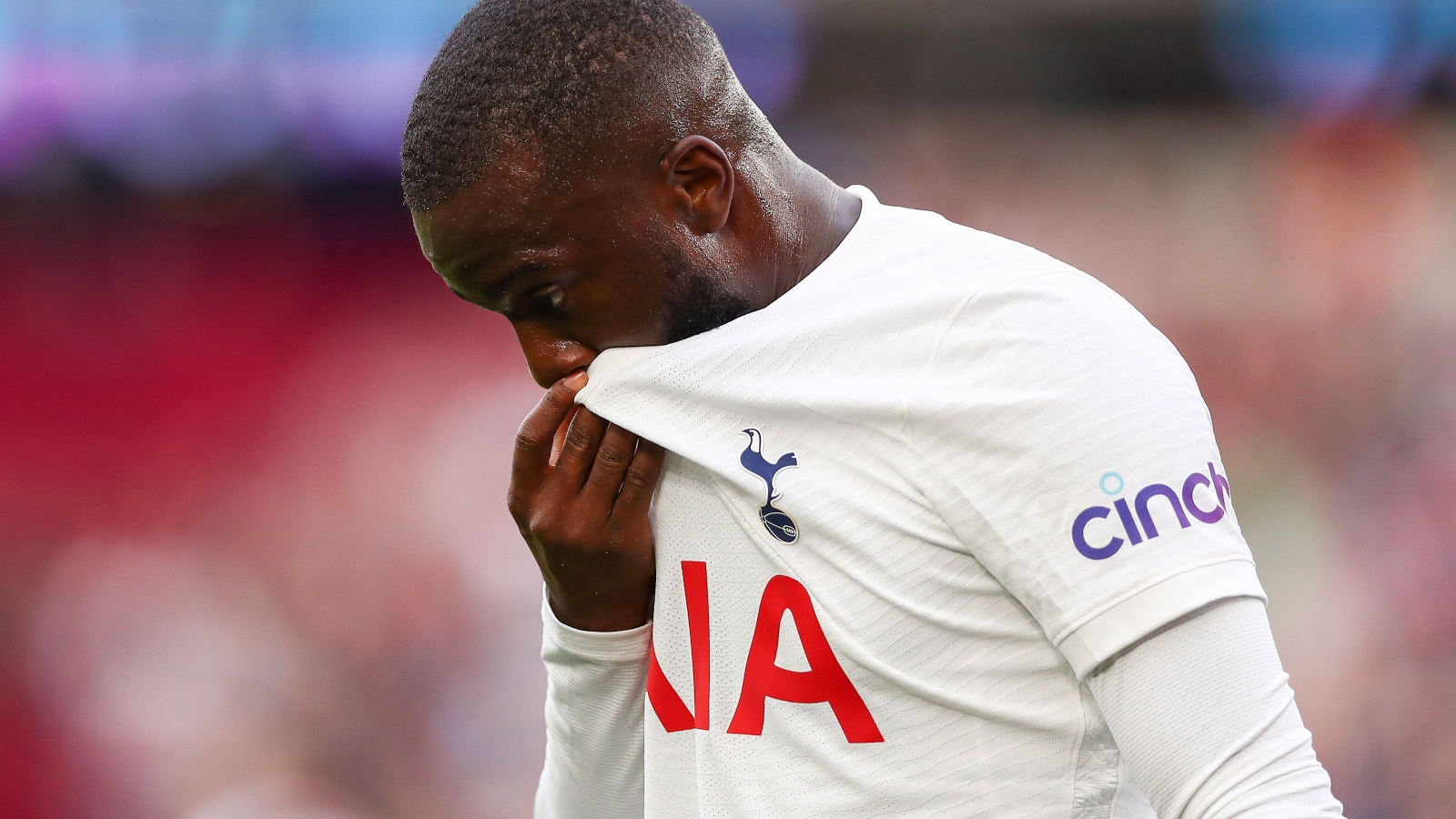 Spurs outcast Tanguy Ndombele is reportedly close to joining Serie A side Napoli on a season-long loan with an option to buy for €30million.

The Premier League club smashed their record transfer to sign the French midfielder from Lyon for around £54m in 2019.

He penned a six-year deal at the Tottenham Hotspur Stadium but looks set to depart the club after three miserable seasons.

The 25-year-old was excellent for Lyon and often starred in the Champions League, most notably against Manchester City in 2018.

Ndombele scored on his competitive debut for Spurs and it looked like the north Londoners had made a very good signing.

However, his goal against Southampton on matchday seven was the last time he found the back of the net in his maiden Premier League season.

The Frenchman struggled for fitness throughout 2019/20 with Jose Mourinho at the helm.

20/21 was a more productive season for Ndombele, who played 46 times across all competitions, though his performances did leave a lot to be desired.

Productive is not a word to describe last season for the former Lyon midfielder.

He made nine league appearances before re-joining the French side on loan in January.

Lyon did have an option to buy in the deal but decided not to exercise the clause after he scored once and provided two assists in 15 appearances during the second half of last term.

Spurs head coach Antonio Conte made Ndombele one of four – alongside Harry Winks, Sergio Reguilion and Giovani Lo Celso – to be ‘banished’ from the first team.

Lo Celso has joined Villarreal on loan for the season, while the Spanish side have been battling with Napoli for the signing of Ndombele.

And multiple sources report that Napoli have won the race to sign the French playmaker.

Reliable transfer journalist Fabrizio Romano is one of many to confirm the news.

The Italian says Napoli will pay a €1m loan fee and will cover the ‘main part’ of his wages.

Ndombele will replace Fabian Ruiz in Naples, with the Spaniard close to signing for Paris Saint-Germain.

Surprisingly for some, however, Spurs director of football Fabio Paratici has managed to include a €30m buy option in the deal.

Whether or not the Serie A side decide to buy Ndombele for that fee remains to be seen.

It could be a masterclass and an absolute bargain should he become the player he once was and more.

Or he could be the player he has been for the last three years.

Either way, fair play to Paratici for working his magic by including such a high buy option in the loan deal.