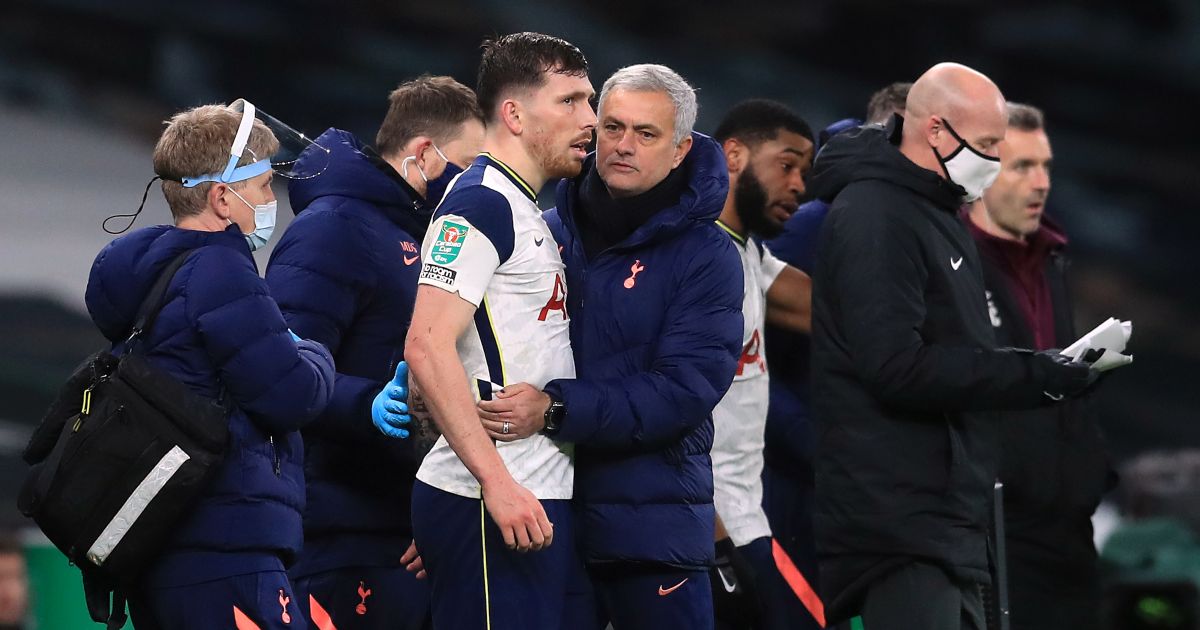 Danish midfielder Pierre-Emile Hojbjerg says that he is “proud to be part of” Jose Mourinho’s machine at Spurs this season.

Hojbjerg has been one of the bright sparks in a mixed campaign for Tottenham with Mourinho’s side currently sitting in eighth position, 14 points off the summit.

Spurs were top of the pile a couple of months ago with talk that they could challenge for the title but only three wins from their last 11 Premier League matches has seen them slip down the table.

FEATURE: When tribunals got involved in five big transfers…

Hojbjerg is happy with his role in Mourinho’s Spurs side this season and feels very motivated to succeed at Tottenham.

“It motivates me, makes me keep going, thinking ahead and wanting even more. But I don’t lose my most important task, which the coach expects of me,” Hojbjerg told SportBild (via Sport Witness).

“I want to make my team better. My job is to read the game well, to communicate properly, to organise the team. The coach gives me a lot of responsibility.

“I enjoy this job because I can see that my colleagues benefit from it. But in the end, it’s always about the big picture. We have to feel and live every day that we want to get the best out of ourselves.”

When asked if it was one of Mourinho’s ‘great secrets’ to turn Spurs into a ‘conspiratorial bunch’, Hojbjerg replied: “Yes, Mourinho turns us into a machine in which one cog engages the other and everyone works for everyone. Everyone in the club feels that.

“I am happy and proud to be part of this machine. We must always keep them hot by joining forces.”